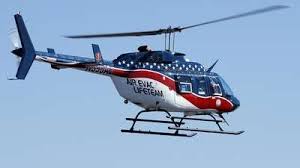 (SHOALS) – A Springville woman was seriously injured in an off-road vehicle (ORV) accident in Martin County.

According to conservation officers, 22-year-old Tyler George, of Springville, was operating a 2013 Polaris Ranger in a private field near Bear Hill Road in Shoals on Saturday at approximately 11 p.m. when the vehicle rolled over and threw 21-year-old Kaitlyn Pund also of Springville from the vehicle.

Pund suffered serious injuries and was flown by Air Evac to Deaconess Hospital in Evansville for treatment.

Pund was not wearing a seat belt when the incident occurred. The other two occupants were wearing seat belts.

Assisting agencies at the scene were deputies with the Martin County Sheriff’s Dept., firefighters and first responders with the Shoals Fire Dept., Air Evac, and a Martin County Ambulance crew