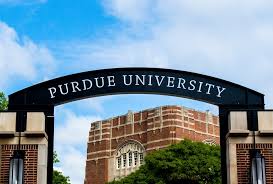 (WEST LAFAYETTE) — Purdue University might have discriminated against a male student who was accused of sexual assault, a federal appeals court said, reviving a lawsuit against the school.

The 7th U.S. Circuit Court of Appeals said Purdue too hastily sided with the man’s female accuser and ignored his attempts to provide evidence in his defense, the Journal & Courier reported . They are identified in the decision as Jane and John Doe.

“It is plausible,” Judge Amy Coney Barrett wrote in the June 28 opinion that the Purdue investigation panel “chose to believe Jane because she is a woman and to disbelieve John because he is a man.”

Purdue spokesman Tim Doty said the university stands by its handling of the case.

“The university stands ready to now answer those allegations and looks forward to the opportunity to present its evidence,” Doty said. “We understand and respect the appellate court’s decision, recognizing that it was bound by legal procedure to accept each of John Doe’s allegations as true.”

Jane Doe accused John Doe of groping her over her clothes without her consent while she slept in his room in November 2015. She said he also confessed that he had assaulted her in her room earlier that month.

John Doe denied the allegations. He said he put his hand on Jane Doe’s knee while she was sleeping on a futon, and he was on the floor beside the futon.

Purdue’s Advisory Committee on Equity investigated the allegations. The school suspended John Doe from the Navy ROTC program for a year, stripped his scholarship and barred him from areas where Jane Doe spent time.

John Doe argued that Purdue may have been tough on him to show it was heeding a federal policy introduced under then-President Barack Obama requiring a “more rigorous approach to campus sexual misconduct.” He said Purdue had a financial incentive to protect its federal funding and “tilted the process against men accused of sexual assault so it could elevate the number of punishments imposed.”

The Trump administration has been attempting to scale back the rules, which critics say can strip the accused of the right to due process.

John Doe said he received a letter in April 2016 from Katie Sermersheim, Purdue’s dean of students, informing him that he was found guilty “by a preponderance of the evidence of sexual violence.”

The court decision didn’t indicate if any criminal charges were pursued by prosecutors.