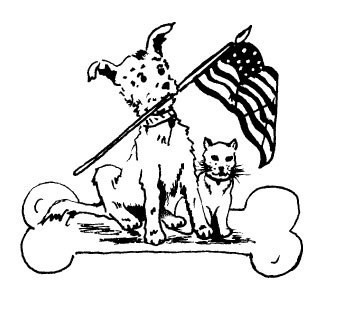 White River Humane Society Board of Directors President Buddy Hendricks addressed the commissioners about the importance of drafting a county ordinance regarding the issue of dogs seized by animal control.

Fourteen dogs, including five puppies, found emaciated and in poor health were removed from a Bedford house over the weekend. One dog was found dead inside the home. The dogs, which include a Great Dane puppy, pit bull and pit bull mixes and a beagle mix with a litter of puppies, are currently being housed at the White River Humane Society. Taxing an already overcrowded shelter and straining resources.

With the current ordinance, which dates back to 1997, if the dogs are released to the owner the shelter will receive no funds for holding and carrying for those dogs. The animals will remain at the shelter pending the outcome of the criminal case.

Hendricks is wanting the new ordinance to name the shelter and allow the shelter to recoup any funds and holding fees occurred while housing the animals seized by animal control.

Currently, the shelter receives funds from the county, the City of Bedford and Mitchell and the Town of Oolitic.

“But those funds only account for 28 percent of our budget,” Hendricks told the commissioners. “The other 72 percent the board has to come up with.”

Commissioner President Dustin Gabhart says officials are diligently working on updating the ordinance and working to get it passed.

The city of Bedford animal control officer received a call about the dogs Saturday afternoon. Utility workers were working in the 700 block of 24th Street when they noticed several dogs at the windows of the home barking. They were concerned and contacted police.

Chief Terry Moore said an arrest warrant to charge the owner with animal neglect is pending. Chief Moore says it will be up to Lawrence County Prosecutor Sam Arp to decide whether to file charges.

Chief Moore says the owner left town about two weeks ago and arranged for a friend to stop by the house and check on the dogs and provide fresh food and water.

“The friend got sick or hurt and a couple of days went by. The owner found out about that friend and got someone else to check on them,” Moore said. “It was hit and miss on people checking on them.”

Chief Moore says the second person wasn’t able to continue checking on the dogs and a third friend was asked to help out. By then, two weeks had passed.

The owner returned to town after the dogs were seized.