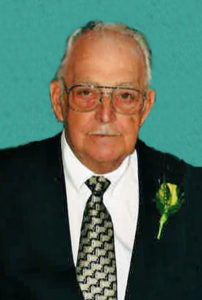 Hugh retired from Mitchell Transport, Inc. in 1986.  He was a Polled Hereford farmer, school bus driver, and a woodworker.  Hugh was a member of Fishing Creek Chapel and Mitchell Masonic Lodge No. 228 F.&A.M.

His parents; wife; and siblings, Ralph Gresham, Blanche Hays, and Donald Gresham, preceded him in death.

Funeral service will be at 2 p.m. Monday, June 10, in the Memorial Chapel of Chastain Funeral Home & Cremation Center with Brother Darrin Chastain officiating.  Burial will be in Lawrenceport Cemetery. Friends may call from 10 a.m. until 2 p.m. Monday at the funeral home.

Memorial Gifts can be made in Hugh’s memory to Marion Township Rural Fire Department or White River Humane Society.