(BLOOMINGTON) – It’s a conversation no family wants to have – talking to a loved one about memory loss or cognitive decline.

Close family members are typically the first to notice memory issues or cognitive problems, but they are often hesitant to say something – even when they know something is wrong. A new survey released today by the Alzheimer’s Association reveals that nearly 9 in 10 Americans experiencing memory loss, thinking problems or other symptoms of cognitive decline would want others to tell them and share their concerns. However, nearly three out of four Americans say that talking to a close family member about memory loss, thinking problems, or other signs of cognitive problems would be challenging for them. 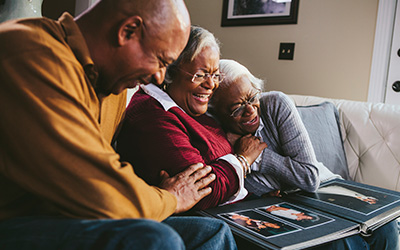 During Alzheimer’s & Brain Awareness Month this June, the Alzheimer’s Association aims to bridge the current communication gap, not only by encouraging families to talk about cognitive concerns sooner but also by launching a new national campaign in partnership with the Ad Council, to help facilitate these difficult conversations before a crisis occurs. The “Our Stories” campaign is the first-ever collaboration between the two groups and features real stories of people who noticed cognitive changes in a family member and took the first, difficult step to initiate a conversation. The campaign was created pro-bono by the community.
“We have held Community Forums in eight cities and towns across the state in the last several months, including Bloomington, and while each community is a little different, one consistent theme we’ve been hearing is that there is still a significant amount of stigma surrounding this disease,” said Natalie Sutton, executive director of the Alzheimer’s Association Greater Indiana Chapter. “This survey is further proof that we need to break down those barriers so families can discuss the issue and get the help they need, and this campaign is an important step in that direction.” 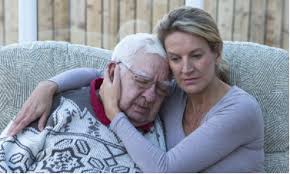 Video stories of caregivers, who saw the signs and started a conversation, are designed to help illustrate how other families can do the same. Additionally, the campaign’s website, www.alz.org/ourstories, offers families tools and resources, including customizable conversations starters, a list of early signs and symptoms of Alzheimer’s, benefits of early diagnosis, a downloadable discussion guide and other resources.
Every 65 seconds, someone in the United States develops Alzheimer’s disease. It is America’s sixth leading cause of death, affecting more than 5 million Americans and 16 million caregivers. Despite Alzheimer’s growing impact, many families struggle with discussing the issue. 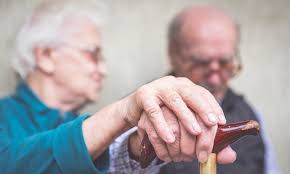 For resources to help start the conversation about cognitive concerns, visit “Our Stories.” For tips on Approaching Memory Loss Concerns, visit alz.org.
The Alzheimer’s Association helps families and friends navigate challenges and considerations at each stage of the disease, through face-to-face conversations with experts in local communities, our free 24/7 Helpline (800-272-3900) and comprehensive support and resources on alz.org.