Officer Samuel Hughes went to the McDonald’s after a report of a woman passed out in the driver’s seat of a 2010 blue Ford Focus.
Police say the car was running and the heat was on full blast and all the doors were locked.
Officer Hughes says the woman was red, swollen and covered in sweat. 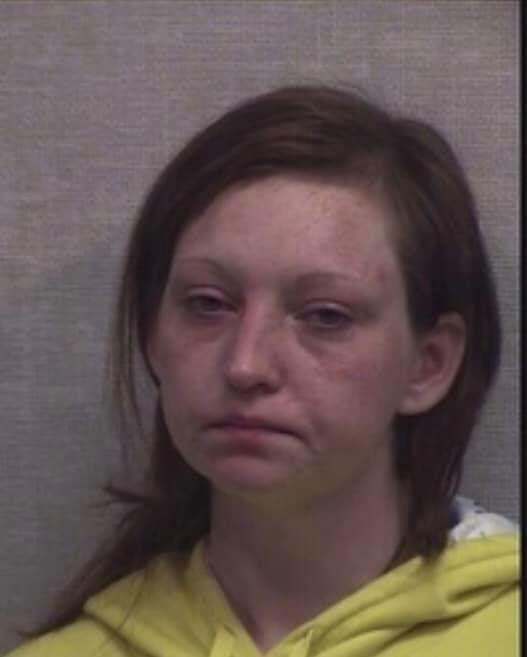 Officer Hughes was able to get inside the car and wake the driver 26-year-old Kayla Marling of Scottsburg.
He determined she was under the influence of some substance. She was checked out by Jackson County EMS and then transported to Schneck Memorial Hospital for a blood draw.
Officers found 3.2 grams of heroin, two syringes, and other drug paraphernalia in the car.
Marling was arrested on charges of operating a vehicle while intoxicated, possession of a controlled substance, unlawful possession of a syringe with a prior conviction, possession of drug paraphernalia.