(BEDFORD) – A Springville woman was arrested Thursday on charges of dealing meth. 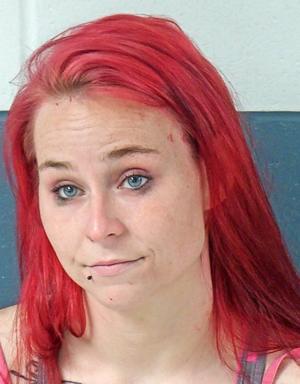 Bedford Police arrested 25-year-old Danielle Chance on charges of dealing and possession of meth and possession of marijuana.
On Thursday, police received information Chance was on her way to meet a person at a business in the 3300 block of 16th Street to sell meth.
Officers went to the business and saw Chance get into the passenger side of a vehicle. Officers followed that vehicle and stopped it near 16th Street and Edgewood Drive.
During a search of the vehicle, police found four grams of meth.