(INDIANAPOLIS) – A decision is at least five months away on whether Indiana Attorney General Curtis Hill could face sanctions up to disbarment as an attorney by the state Supreme Court on allegations he groped four women during a party. 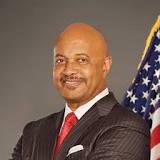 Tom Davies, of the Associated Press, reports, lawyers for Hill and the Indiana Supreme Court Disciplinary Commission met Wednesday with former state Supreme Court Justice Myra Selby, who is hearing the case. They agreed to schedule a possible five-day hearing in late October, during which potentially 25 people could testify.
The disciplinary commission alleges Hill committed professional misconduct by touching the backs or buttocks of Democratic Rep. Mara Candelaria Reardon and three legislative staffers in March 2018 at an Indianapolis bar. A special prosecutor declined in October to pursue criminal charges against Hill, who has denied wrongdoing.
James Voyles, a lawyer for Hill, declined to discuss what defense might be presented or the possible impact of the drawn-out case on Hill’s effectiveness as the state’s top attorney.
“I generally make no comments about any of my cases,” said Voyles, one of the most prominent defense attorneys in Indianapolis. “We’ve got the agenda and we’ll be moving that way.”
Voyles and Disciplinary Commission lawyer Seth Pruden indicated they needed time to identify and interview witnesses. They agreed to submit witness lists to Selby by Sept. 6. Selby said she would schedule the hearing for either the week of Oct. 21 or Oct. 28 once she decides on an appropriate location.
Indiana’s high court will eventually determine whether any misconduct occurred and, if so, whether a sanction is appropriate. The most severe option it could impose would be to revoke Hill’s law license by disbarring him in the state.
Losing his state attorney’s license or having it suspended could threaten Hill’s position as attorney general because Indiana law specifies the attorney general must be “duly licensed to practice law in Indiana.” Hill is a Republican who was elected in 2016 to a term that runs through the end of 2020.
Hill’s private attorneys have argued in case filings that they believe “it is unprecedented” for the disciplinary commission to charge an attorney with a violating Indiana’s professional conduct rules after a prosecutor has declined to file criminal charges against that person.
The disciplinary commission alleges Hill committed misdemeanor battery against all four women and felony sexual battery against one of them when he allegedly touched her buttocks after she tried to halt his groping at the party.
Hill’s filings state that Indiana’s professional conduct rules require “that any alleged criminal conduct reflect adversely on a lawyer’s honesty, trustworthiness or fitness as a lawyer in other respects” but contend that “neither battery nor sexual battery is a crime of dishonesty or breach of trust.”