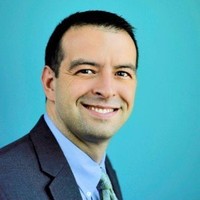 The governor’s office announced Friday that Office of Management and Budget Director Micah Vincent will step down June 30 to become a vice president of Indianapolis-based holding company The Heritage Group. Vincent has been the OMB director since then-Gov. Mike Pence appointed him to the position in 2015.
Vincent is joining a company headed by Fred Fehsenfeld Jr., whose family has been major campaign donors to Holcomb, Pence and other Republicans.
Holcomb has picked his deputy chief of staff, Cris Johnston, as the new OMB director.
Vincent’s departure follows the previously announced resignation of State Budget Director Jason Dudich to become a vice president at the University of Indianapolis.