(STATEWIDE) – Many hunters and fisherman in Indiana feel the state is shortchanging the division of the Indiana Department of Natural Resources dedicated to protecting Indiana’s wildlife.

Gene Hopkins is the president of the Indiana Sportsman’s Roundtable, a non-profit organization dedicated to helping Indiana’s sportsman have a platform to voice their concerns and ideas for the state’s conservation of the outdoors and it’s wildlife. 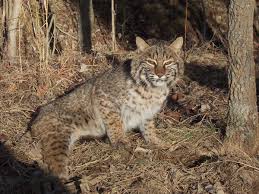 He tells Indiana Outdoors that the DNR Division of Fish and Wildlife is approaching “a crisis point” when it comes to funding.
“They get no general fund revenue. Sales tax, gasoline tax, they get none of that,” Hopkins said. “They only money from user fees. Hunting licenses and fishing licenses are considered user fees.”
Hopkins said it’s been over a decade since the price of those licenses has gone up.

“When you think about your budget if you own a company and you go ten to fifteen years without an increase in costs, something has to change,” Hopkins said.
Because of the lack of sufficient revenue, Hopkins said the Division of Fish and Wildlife has not been able to hire new biologists or conservation officers to keep up with efforts to maintain areas where fishing and hunting take place in the state.

This is why he and his organization worked with the Division of Fish and Wildlife to this past legislative session to introduce the Outdoor Stewardship Act. The goal of the bill was to steer some of your tax money towards the Division so that it does not have to solely rely on user fees for income.
“We need to start thinking outside the box,” said Hopkins. “There are some non-traditional revenue sources that we should go after.”

He’s proposing that state lawmakers dip into certain taxes similar to those you already pay when you buy a gun or a bow for hunting. That tax money goes towards fish and wildlife services throughout the state. Hopkins wants to take that method a step further.

“If you go and buy a set of binoculars, you pay a tax, but none of that money go into fish and wildlife conservation. It goes into the general fund,” Hopkins explained. “Many states have looked at this and said that money is being collected from users of outdoor resources, but it’s not being used on users of the outdoor resources.”
Hopkins is proposing legislation to expand on the list of products that are taxed under state law and to use that money for wildlife conservation. Their bill didn’t pass this year, which Hopkins said was expected.

He clarified that he would not be adding any new taxes, but rather shifting where current tax revenue goes.
But, he said it was a good starting point to get the idea on the radar of state lawmakers, whom Hopkins said they plan to work with between now and the 2020 session.