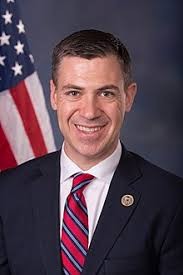 Congressman Jim Banks (R-IN)
Rep. Banks is Chairman of the RSC Budget & Spending Task Force which authored the budget. Read a copy of the budget here. Read topline information here.
Said Rep. Banks, “Today, the RSC is stepping up to the plate to unveil the fiscally conservative budget that Americans have been demanding. The American economy is strong and growing, providing us with a historic opportunity to address our deficit spending and debt. The RSC budget balances by 2025, cut trillions in wasteful spending and starts the overdue task of beginning to pay down our over $22 Trillion national debt.
“While Democrats have embraced policies like the Green New Deal and ‘Medicare for All,’ which would exponentially grow our debt levels, the RSC budget is the only serious effort in Congress to balance our budget.” 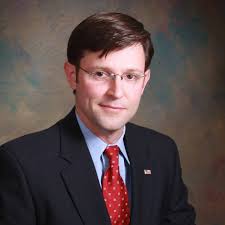 Republican Study Committee (RSC) Chairman Mike Johnson (R-LA)
Said Chairman Johnson, “Over the years, Nancy Pelosi has repeatedly said, ‘Show me your budget, show me your values.’ Yet, this year, House Democrats have refused to present a budget and instead have offered multiple proposals to increase spending exponentially. By contrast, the Republican Study Committee is fulfilling the responsibility of Congress and presenting the only budget proposal in the House.
“Our budget will preserve American freedom, reduce spending and balance in just six years. So, we say to Speaker Pelosi and House Democrats, this is our budget, and these are our values. Where are yours?”
Congressman Jim Banks represents Indiana’s 3rd Congressional District and serves on the House Armed Services Committee, Committee on Veterans Affairs, and Committee on Education and Labor. Please direct all press inquiries to tw.arrighi@mail.house.gov.