(ANDERSON) – A student was arrested Thursday after police say he had a knife and handgun on Anderson High School property. 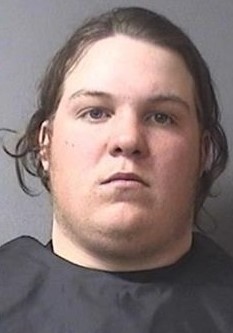 Mason Shetterly, 18, allegedly was telling other students Wednesday that he had a gun. Students reported his claims to school officials, who passed it along to police.
When an officer asked Shetterly about the gun, he allegedly admitted to having one in his car. The officer retrieved the gun and placed Shetterly under arrest. Police say a knife was also found.
The gun was said to be a small-caliber handgun that was unloaded. Police say there were no threats of violence from Shetterly.
Anderson Community Schools issued this statement:
Anderson Community Schools is confirming that a student was arrested this morning at the D26 career center for the possession of a weapon in their vehicle.
Our students did the right thing by notifying staff that we had a possible situation within the district. Officers immediately were involved and the student was detained and arrested.
I want to thank our students for doing the right thing and I want to thank our officers for ensuring the safety of our students by acting promptly to the possible threat.
Information FOX59 News, https://fox59.com