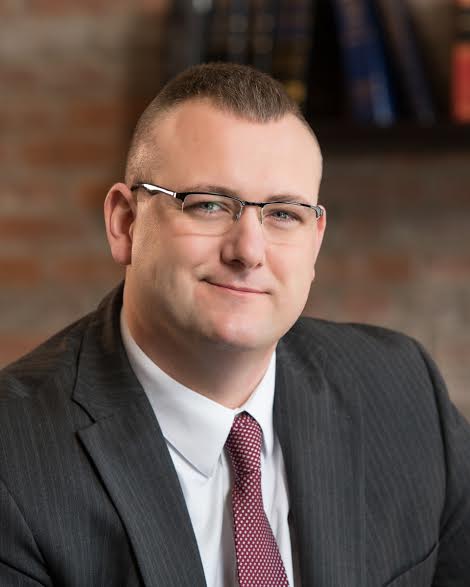 Lawrence County Prosecutor Sam Arp
The Lawrence County Prosecutors office has teamed up with the Indiana Attorney General, the Indiana Drug Enforcement Administration, the Mitchell Police Department, and the Seymour Police Department.
Arp has agreed to sponsor the team and oversee its formation.
Officers working on the team will be dedicated solely to the function of seeking out illegal drugs that are being transported on the roadways.
“Drugs are not manufactured and consumed strictly at the county level, drug trafficking has a broad reach that often extends past county lines, it only makes sense to join forces with other out of county agencies that are putting forth a dedicated effort that will allow us to connect the dots and take down major drug traffickers,” Arp says.
Officers from the Mitchell Police Department and the Seymour Police Department will join forces and conduct dedicated patrols as a team in both Jackson and Lawrence Counties.
The officers, if not already certified, will complete specialized training specific to this area of the law. In addition, the team has partnered up with members of the D.E.A., the A.T.F., the Indiana State Police and the Indiana National Guard Counter Narcotic Task Force.
“This is the first time that Lawrence County has the ability to coordinate its efforts with State, Federal and other area law enforcement agencies in such a manner that will target a specific problem that our community is facing, Lawrence County has never had such resources available to them at one specific time,” Arp says.

Mitchell City Mayor J.D. England
Arp gives credit to Mitchell City Mayor J.D. England for the creation of the task force.
“He had the vision, I found the money, but every police department was giving me the same answer, we don’t have the manpower, I hesitated before calling J.D. England knowing they definitely had a manpower shortage issue but made the call anyway, J.D. instantly replied the familiar words- we don’t have the manpower. I started to sigh hearing the familiar words but before being able to do so J.D. stated ‘Mitchell really needs this, I’ll figure out a way to make it happen’,” Arp stated. “Once I had one solid commitment it gave me a much better argument when speaking to other departments.”

Seymour Police Chief Bill Abbott
Arp then contacted Seymour Police Chief Bill Abbott. Arp stated that he was able to give the same sales pitch to Chief Abbott but this time with the buy-in from the city of Mitchell.
Chief Abbott was very receptive and after conducting a meeting with the IDEA he agreed to dedicate 1 or 2 officers to the task force.
“I am certain that this task force will have a tremendous impact on our counties drug problem and that the task force will grow large in size but I will be forever grateful to Mitchell Mayor J.D. England and Seymour Police Chief Bill Abbott for sharing my vision and allowing me to form the task force, it most certainly would not have happened without their commitment,” Arp added.
The Indiana Drug Enforcement Administration which received funding from the Indiana Attorney General Curtis Hill will provide the Mitchell Police Department with a check for $61,000 to purchase needed equipment and pay for the initial training needed for the officers to specialize in highway drug interdiction.
The Lawrence County Prosecutors Task Force will become the 15th dedicated team in the state of Indiana under this funding. There are no other funded teams in South Central Indiana.
Below are the statistics from the other 14 teams’ statewide efforts for the month of March: