(INDIANAPOLIS) – Birch Bayh, a farm boy from Terre Haute, Indiana, who would ascend to legislative titan during three terms in the United States Senate as the author of two constitutional amendments and a bill that gave women equal opportunity in colleges and universities, died early Thursday morning of pneumonia, according to a statement from the family. He was 91. 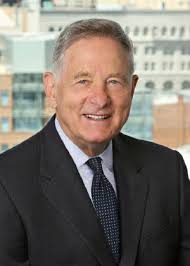 Bayh, the father of two-term senator and Indiana governor Evan Bayh, was remembered by his son, colleagues, and friends as a relentless champion of civil rights who left his imprint during the 1960s and 1970s on several pieces of landmark legislation.
Governor Eric J. Holcomb offered the following statement regarding the passing of former U.S. Sen. Birch Bayh:
“Birch Bayh was a trailblazer who dedicated himself to improving the lives of all Hoosiers. His remarkable legislative and personal legacy transformed the country and will live on for years to come. I ask Hoosiers around the state to join me and Janet in honoring his incredible service and by keeping the Bayh family in your thoughts and prayers.”
Bayh had a natural sympathy for the underdog and the downtrodden. So that’s why he always tried to champion opportunity and decency for people who are born without a lot of either,” Evan Bayh said. “My father was an extrovert who was devoted to his fellow citizens and trying to make their lives better – and he succeeded. And I can’t imagine a better legacy.”
Bayh grew up on a farm in Terre Haute and served four terms in the Indiana House of Representatives beginning in 1954 before successfully running for U.S. Senate in 1962 at age 34.
That year, the Democrat unseated 18-year incumbent Republican Homer Capehart. He would win re-election against William D. Ruckelshaus in 1968 and Richard Lugar in 1974. He lost his seat in 1980 to Dan Quayle.
In Bayh’s post-Senate life, he taught, practiced law and worked as a lobbyist. He was also involved in the still-ongoing effort to elect the president by popular vote, an outgrowth of his unsuccessful proposed constitutional amendment to abolish the Electoral College.
In 1976, Bayh sought the Democratic candidacy for president against Jimmy Carter and Morris Udall but dropped out after 4.5 months following poor finishes in early primary states.