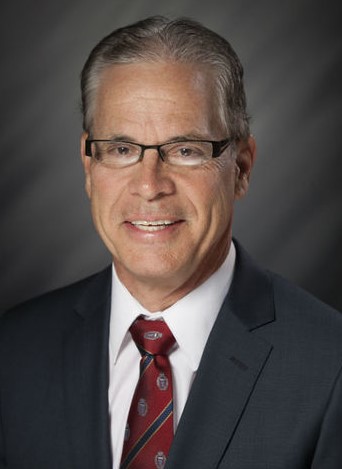 “Before being elected to the U.S. Senate last year, I spent 37 years building a business in my hometown, hiring hundreds of Americans and taking on the insurance industry to give my employees quality affordable healthcare while covering pre-existing conditions,” said U.S. Senator Mike Braun. “I’m offering solutions to address rising healthcare prices by adding transparency to our drug pricing, clearing the backlog on pending drug applications at the FDA, and providing oversight and accountability within the healthcare industry.”
BACKGROUND
Drug Price Transparency (DPT) Act. “On Feb. 6, 2019, HHS and HHS OIG issued a proposed rule that would eliminate current legal safe harbors for pharmacy benefit managers (PBMs) to receive rebates from drug manufacturers. Specifically, the proposed rule relates to price reductions offered by a drug manufacturer to a Medicare Part D plan sponsor and Medicaid Managed Care Organizations (government payers). Senator Braun’s bill would extend the idea of the HHS OIG PBM rebate rule to the commercial insurance market and amend the Public Health Service Act (Title 42) to prohibit PBMs from receiving any rebates or reductions in price from drug manufacturers. It also folds in the two new safeguards created by the HHS OIG rule. Importantly, this legislation explicitly requires any rebates (or reduction in price) from a drug manufacturer for any drug be reflected at the point-of-sale (i.e. pharmacy counter) to the consumer. The goal of the bill is to lower prescription drug prices and out-of-pocket costs for consumers by encouraging PBMs to pass discounts from drug manufacturers directly on to consumers and bring transparency to the prescription drug market. The intent of the rule is to lower out-of-pocket costs at the pharmacy counter and add needed pricing transparency to the market. However, there is some caution surrounding the issue as a whole, as some are worried about rising premiums as plans stop applying drug manufacturer rebates to reduce consumer payment obligations.”
The Accelerated Drug Approval for Prescription Therapies (ADAPT) Act. “This legislation would amend the Food, Drug, and Cosmetic Act (Title 21) to create an expedited drug approval process at FDA (6 months maximum review time)–specifically for drugs that are currently approved for sale in developed countries (e.g. EU members, Israel, Australia, Canada, and Japan). The legislation would encourage FDA to expeditiously review prescription drug applications for qualifying products (prescription drugs already approved and sold in developed nations with a satisfactory history of clinical trials and data) under this new pathway. Under this bill, the FDA Commissioner or HHS Secretary would have authority to approve a drug if the FDA confirms 1) the drug is lawfully approved for sale in a developed country and 2) is not banned by any current FDA standards. The goal of the bill would be to create more competition in the U.S. drug space. It would also address a long list of drug shortages managed by the FDA. Importantly, the bill would not be a pure drug importation bill. Instead, the bill adds a layer of FDA review that would focus on quality control, supply chain safety, manufacturing processes, etc. The bill is not a strict reciprocity bill, either, because we have added an extra layer of FDA review. In sum, the bill does not undermine the FDA–it helps them better fulfill its mission to promote public health.
The Efficiency and Transparency in Petitions Act. “This legislation amends section 505(q) of the Federal Food Drug and Cosmetic Act to require any petition submitted to the FDA regarding a pending generic drug application be submitted within a year of when the petitioner first discovers the issue that is the basis for the petition. The Secretary of HHS may use his or her discretion to grant a waiver of this one-year deadline.”