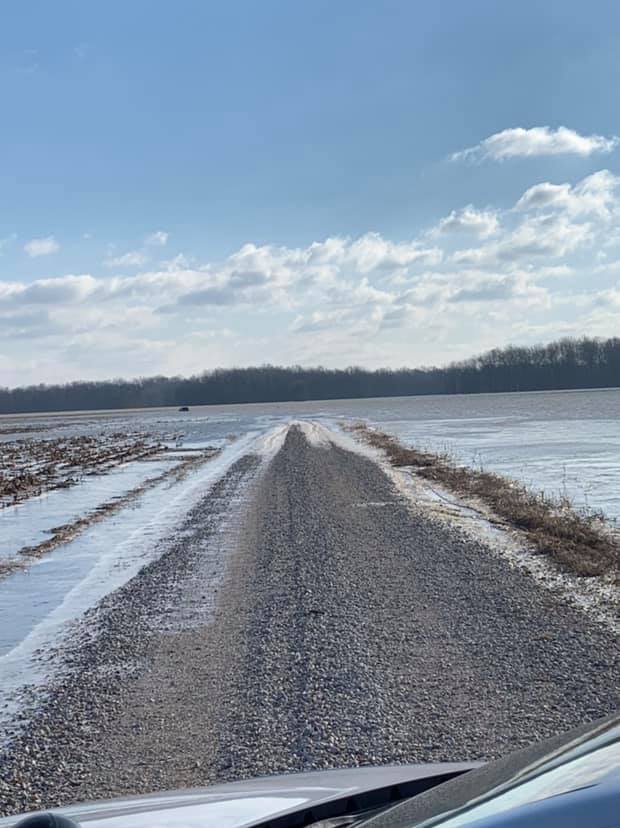 Photos provide by the Washington County Sheriff’s Department
The incident started when 35-year-old Sara Smith and 34-year-old Holly Chastain, both of Salem, drove down Spurgeon School Road, east of Mt. Eden, to check on the high water in the area.
Their vehicle became stuck in the high water and Smith and Chastain were trapped. They were without a cell phone and decided to stay in the vehicle overnight.
The driver, Smith was able to make it to a nearby resident and make the 911 call on Wednesday morning.
Rescue crews found the Chastain about a quarter mile away from the vehicle in waist-deep water in a field. 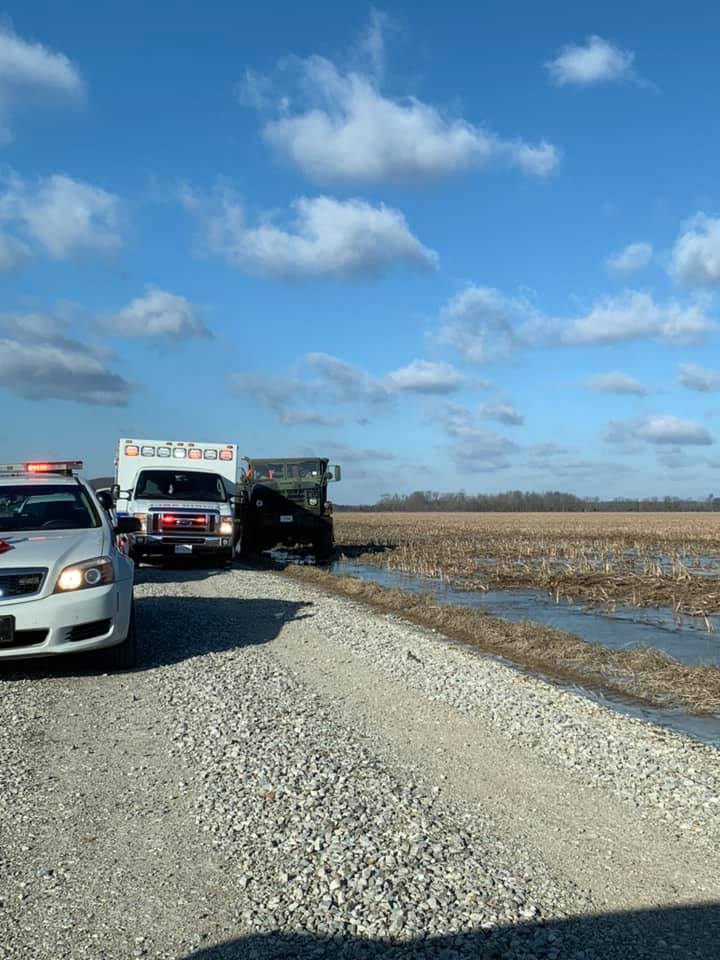 Photos provide by the Washington County Sheriff’s Department
Firefighters with Monroe Township and Driftwood Township Fire Departments were able to recuse Chastain from the field. She was treated on scene by Washington County EMS and then transported to U of L by Kentucky 11 air ambulance for severe hypothermia.