(DELPHI) – Indiana authorities urged the public Wednesday to keep passing on tips in the slayings of two teenage girls killed during a hiking trip, saying on the 2-year anniversary of the crime that the next tip could help solve the case.

Liberty German, 14, and Abigail William, 13, vanished on Feb. 13, 2017, after a relative dropped them off for a hike near an abandoned railroad bridge near their hometown of Delphi, about 60 miles (95 kilometers) northwest of Indianapolis, during a day off school.
They failed to show up at a pre-arranged pickup location, and their bodies were found the next day in a rugged, wooded area following a search.
Police have disclosed few details in their investigation and have not said how the teens were killed.
Carroll County prosecutor Nicholas McLeland said during a Wednesday briefing on the crime that the teens’ unsolved killings is not a cold case but remain under active investigation and he’s confident it will eventually be solved.
McLeland said that more than 38,000 tips have been received to date, but urged the public to keep sending tips to authorities to investigate if they believe that information is legitimate and could help investigators.
“That could be the missing piece that we’re waiting on, that ties everything together,” he said. “Any little tip could be the piece that we need.”
Indiana State Police Superintendent Doug Carter spoke directly to the unknown assailant during the briefing, which was also attended by Carroll County’s sheriff, an FBI agent, and other law enforcement officials.
“If you’re watching, we’re coming for you,” Carter said.
Within days of the killings, investigators released two grainy photos of the suspect walking on the abandoned railroad bridge the girls had visited, and an audio recording of a man believed to be the suspect saying “down the hill.”
That evidence that came from German’s cellphone. Police have hailed her as a hero for recording potentially crucial evidence. 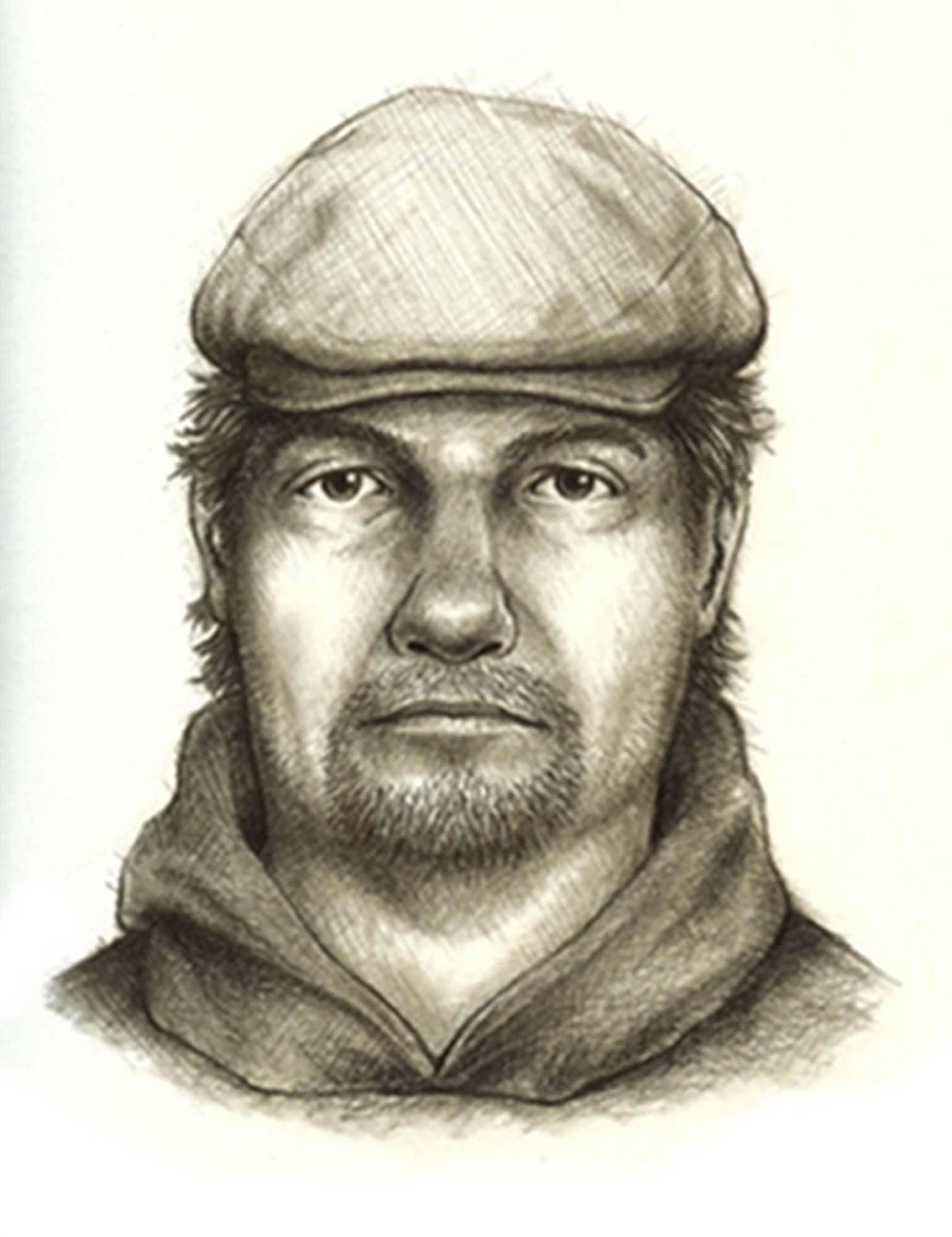 In July 2017, an FBI artist’s composite sketch of the suspect was released. It depicts a white man with a prominent nose and a goatee and wearing a cap and what appears to be a hooded sweater. Police said the suspect has reddish-brown hair, stands between 5-foot-6 and 5-foot-10 (1.7 and 1.8 meters) and weighs between 180 and 220 pounds (82 and 100 kilograms).
A reward of more than $230,000 is being offered for information leading to an arrest or arrests and convictions in the teens’ killings.