2019 WBIW Lawrence County Spelling Bee Champion is Quentin Voigtschild. Quentin was also last years Champion and finished in the top 25 of the 2018 Kentucky Derby Festival Spelling Bee.
Listen as Quentin’s win was captured in the fourth round with the word ‘chronic’.

He received a $100 cash prize provided by Bedford Federal Savings Bank and will now have the opportunity to move on to the Kentucky Derby Festival Spelling Bee. 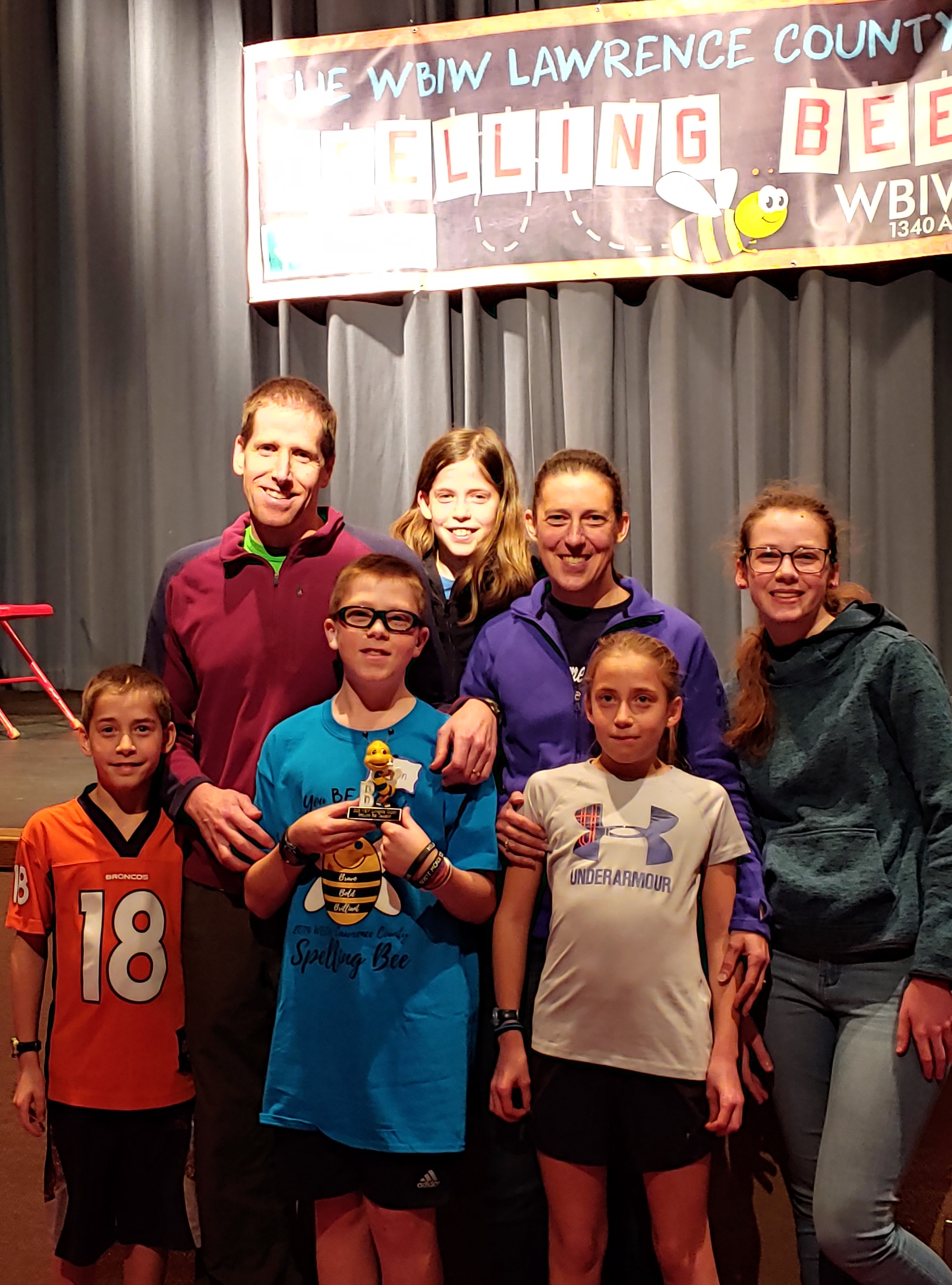 Quentin is the son of Brent and Kathy Voigtschild of Bedford. His favorite subject is math; he is currently studying Algebra. Quentin contributes his math and spelling success to his Mother, Kathy, an engineer and who also homeschools all the Voigtschild children. Quentin is one of five children in the Voigtschild family home.
The runner up was Italy Lewis of Oolitic Middle School. Italy will be expected to represent Lawrence County at the Kentucky Derby Festival Spelling Bee should Quentin not be able to attend.
A spell off was used to determine the third place finisher between Austin Sons and Elizabeth Gillespie.
In the sixth round, Austin misspelled the word ‘controversy’ after Elizabeth correctly spelled the word ‘complementary’, giving Elizabeth the Third Place Finisher position.
All participants received a 1340 AM WBIW Spelling Bee t-shirt and a certificate. The top three contestants representing Lawrence County also received a bee bobble-head trophy. 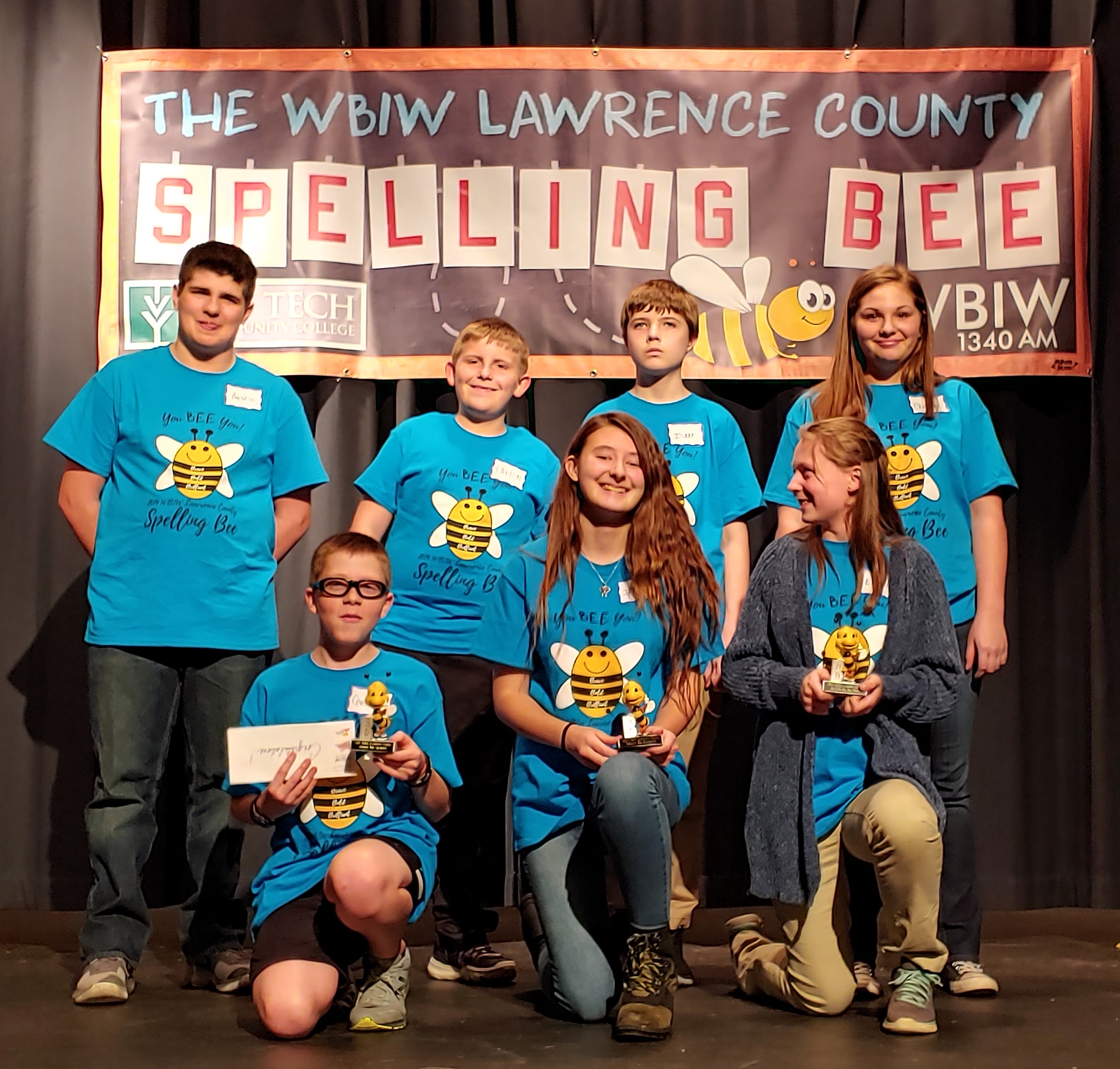 Participants in the Middle School Round: