(BLOOMINGTON) – A few of the several thousand letters held in the collections of Indiana University’s Lilly Library will come to life this Valentine’s Day at an event hosted in partnership with IU’s Department of Theatre, Drama and Contemporary Dance. 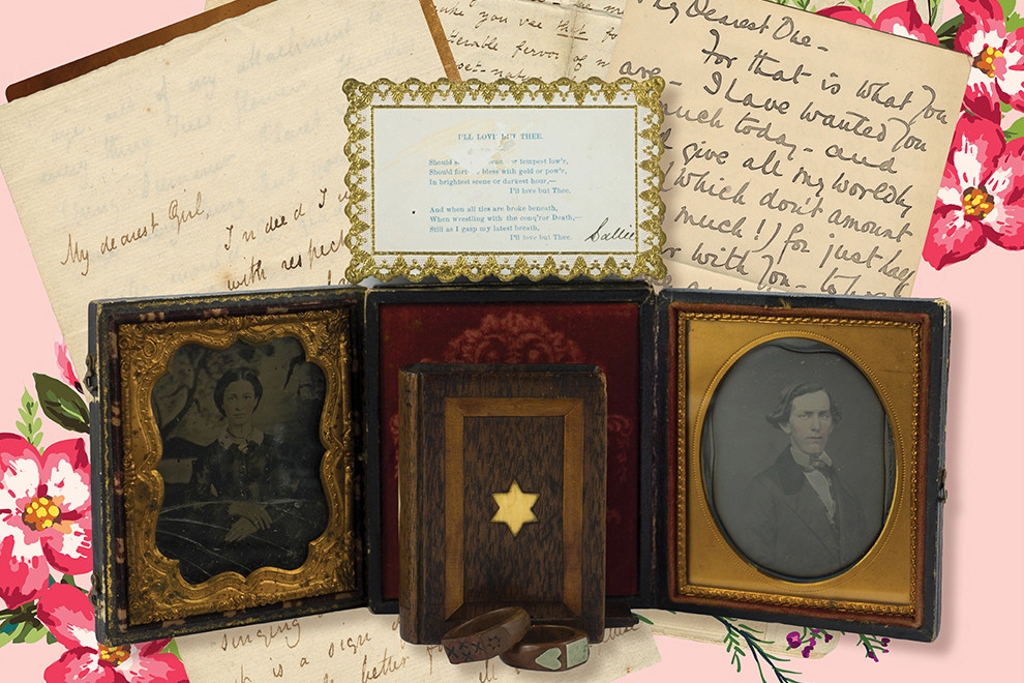 Photo provided by Lilly Library
Marah Harbison, of News at IU Bloomington reports, the Lilly Library is highlighting its collection of love letters for Valentine’s Day.
“Lovelorn Lilly: Love Letters Read Live” will enlist the talent of IU theater students to dramatize a wide array of love letters whose authors have distinct stories. Audiences will hear voices from the past, like a Civil War soldier writing to his girl back home, a sailor whose love goes unrequited while exploring Madagascar and an early 20th-century British woman’s extramarital mistress.
Intimate exchanges between notable literary figures and their lovers will also be part of the program. A letter Edgar Allan Poe wrote to his would-be fiancée and a note from John Keats during his final illness to his fiancée Fanny Brawne are among the selections. Attendees will also hear correspondence between Vita Sackville-West, one of Virginia Woolf’s lovers, and her husband, Harold Nicolson, in which she shares reactions to her first reading of “Orlando,” Woolf’s novel inspired by Sackville-West.
Actors will read from transcribed versions of the letters, and the original artifacts will be on display for attendees to see. Lilly librarians enlisted IU dramaturg Madison Colquette to collaborate in organizing the event and cast students for reading roles. Maureen Maryanski, Lilly’s education and outreach librarian and Colquette’s co-organizer, said she hopes the readings will inspire students to use Lilly collections in unexpected ways.
“We already partner with some script analysis and theater history classes here at the Lilly, but I’m hoping this partnership will attract a new student population,” Maryanski said. “Playwrights could use items in our collections as script inspiration, or an actor trying to get into character may find our resources helpful.”
Maryanski said the public services librarians had planned to use Valentine’s Day to highlight the love letters at the Lilly, and she saw an opportunity to implement her idea to host a live reading. She was inspired by “Letters Live,” an event series that enlists A-list celebrities to perform remarkable letters in front of live audiences. The series has featured letters written by Mohandas Gandhi, Kurt Vonnegut and David Bowie performed by talents like Tom Hiddleston, Kylie Minogue, and Benedict Cumberbatch.
This dramatic approach to sharing collections is a perfect way to remind people that every manuscript, rare book, letter and object at the Lilly is evidence of lives lived, Maryanski said. Live readings can reanimate the stories behind the letters and inspire new interpretations.
“Every collection we have here tells a story,” she said. “We are not only the stewards of materials, but we’re also the stewards of the stories they tell and the lives behind the materials.”
“Lovelorn at the Lilly” will take place from 4 to 5:30 p.m. on Valentine’s Day in the Lilly Library Slocum Room. Cookies, coffee and tea will be served after the performance.