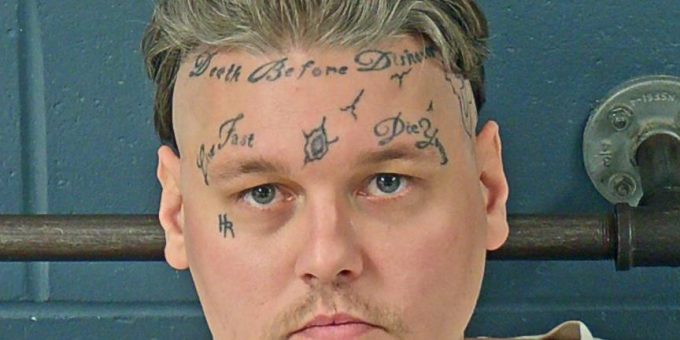 BEDFORD – A Bedford man is facing charges of battery with a deadly weapon after a warrant was issued for his arrest after a September 16, 2017 incident.

According to a probable cause affidavit on that day, Bedford Police officers were called to a residence on Redman Drive after a report Cory Cox had injured a man with a hatchet.

A man told police Cory Cox came to his home and started a verbal altercation over money. Cox pushed the man and he pushed Cox back and a physical fight began.

That is when Cox allegedly grabbed a hatchet from his waistband and struck the male in his left shoulder/collarbone area causing a laceration and bleeding. The man fell to the ground and attempted to protect himself.

When police arrived they found the victim laying on the floor holding his shoulder. Cox was still at the scene and had the hatchet in his waistband. Cox was asked to leave the residence.

The information was forwarded to the Lawrence County Prosecutor’s office and a warrant was issued for Cox’s arrest.