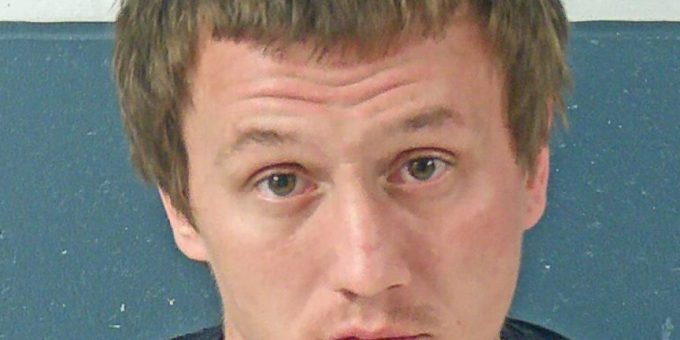 BEDFORD – A Bedford man was arrested on December 2, after Bedford Police officers received information that 28-year-old Ryan Coates was wanted on a warrant for petition to revoke his probation.

Officers learned Coates was living in the 1900 block of 14th Street where they attempted to make contact with Coates. Officers could hear talking inside but no one could come to the door.

Officers contacted Deputy Prosecutor Ryne Koucouthakis, who advised officers they didn’t need to apply for a search warrant of the residence, due to the address matching the arrest warrant.

Officers knocked on the door and announced several more times before they forcibly made entry into the home. Officers performed a protective sweep and located a female laying on a bed, while Coates was found hiding in a closet.

While searching the residence for Coates, officers observed a smoking device laying on a nightstand in plain view in the room he was located in. Coates said the pipe was his and was arrested on the warrant for a petition to revoke, and new charges of possession of marijuana and drug paraphernalia.