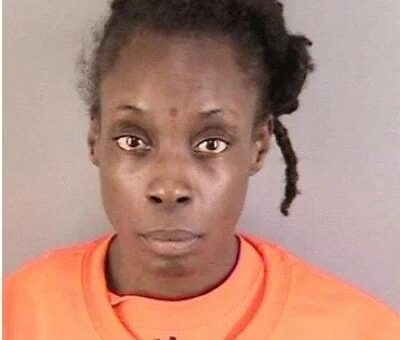 SALEM – A woman connected to the death of a 5-year-old boy whose body was found stuffed in a suitcase in Washington County is due in court today.

Dawn Coleman, 40, was booked into the jail early Sunday morning after being extradited from San Francisco, California. She is expected in court for arraignment on Monday morning.

Coleman faces charges of neglect of a dependent resulting in death and obstruction of justice in the death of 5-year-old Cairo Jordan.

According to police, Cairo’s body was found inside a suitcase in Washington County on April 16, 2022. Jeff Meredith was out mushroom hunting in a rural, wooded area of Washington County. About 80 feet from the roadway, Meredith found a bright blue, yellow, and red suitcase.

An autopsy found Cairo died due to an “electrolyte imbalance” most likely attributed to “viral gastroenteritis.” Investigators say Cairo likely died due to vomiting and diarrhea, leading to dehydration.

Police say fingerprints found on the two trash bags Cairo’s body was wrapped in provided a big break in the case.

At 8:16 p.m. on April 16, 2022, a RiverLink camera captured images of Anderson’s car driving south on I-65 over the bridge from Jeffersonville, IN., to Louisville, KY. The same day Cairo’s body was found.

Police are still trying to locate Anderson who is still on the run. A warrant has been issued for her arrest.