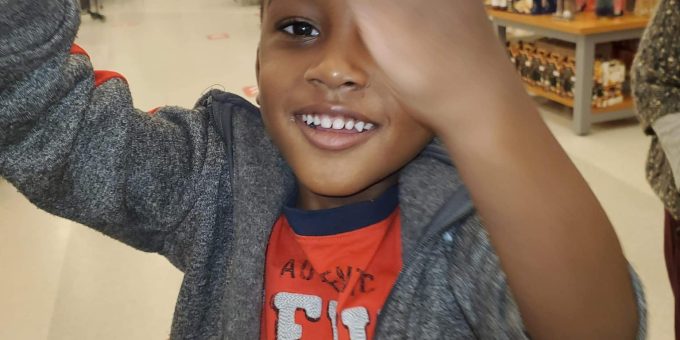 SALEM – The body of a child found stuffed in a suitcase in Washington County has been identified as Cairo Jordan who turned six on October 24, 2022, from Atlanta, Georgia.

His family members have been notified.

His father Vincent Jordan posted on Facebook about hearing the news of his son’s death.

The Indiana State Police press conference can be found on Facebook.

Two felony arrest warrants were issued for Dawn Elaine Coleman, 40, of Louisiana, and 37-year-old Dejuane Ludie Anderson, of Georgia, the mother of the child in connection to the child’s death. Coleman was arrested in recent days in San Francisco, California. Police are still trying to locate Anderson. Police are not saying how Coleman was involved but she is not related to the family. Anderson is still believed to be in the San Franciso area.

As a result of information gathered during their investigation, ISP Detective Matt Busick and ISP Detective Chris Tucker traveled to San Francisco, California. On October 19, 2022, Detective Matt Busick located and arrested Dawn Coleman with the assistance of the San Francisco Police Department. Continuing with information collected as part of the investigation, both detectives traveled to the Los Angeles, California, metro area but were unsuccessful in locating Dejaune Anderson.

“Help us locate her for Cairo so that justice can be served for him,” Sgt. Huls added.

Both were wanted on charges of neglect of a dependent and obstruction of justice, with the warrants being issued on Oct. 14. A subsequent murder warrant for Anderson was issued on Oct. 25, according to Sgt. Huls.

Police say Cario was never reported to authorities as a missing child.

On April 16, 2022, Jeff Meredith was out mushroom hunting in a rural, wooded area of Washington County. About 80 feet from the roadway, Meredith found a bright blue, yellow, and red suitcase. He immediately thought to call the police but hesitated thinking “this may be nothing”, so he opened the suitcase.

Inside he found the body of a young boy.

According to ISP Sgt. Carey Huls, the body was found stuffed in a closed, hard case suitcase that was approximately 30 inches tall, with an image of Las Vegas on the front.

According to an autopsy, the child is described as a black male, approximately four feet tall, with a slender build and short haircut.

The official autopsy report attributes the child’s death to an “electrolyte imbalance”. The report also states the imbalance was likely from “a viral gastroenteritis” and says the blood toxicology was “negative”. The report further states there was an “absence of significant traumatic injuries”, advising there was “no anatomical cause of death”.

After the autopsy results were released, detectives also stated they have no evidence which leads them to believe the child was alive when placed into the suitcase, and that the child was clothed and clean. Although the autopsy report states the child is of unknown age, investigators still believe the boy was approximately five years old at the time of his death.

ISP searched local missing children reports, even expanding the search nationally, but nothing ever turned up.

Investigators continued to utilize a variety of investigative techniques and have worked with several outside agencies during this investigation. Although numerous tips have been called to the nationwide tip line, detectives were not able to identify the boy. Investigators are not ruling out the possibility that the child could be from out of state or even out of the country.

Despite not knowing the child’s identity, the citizen of Salem gave the young boy a proper funeral.

Weathers Funeral Home held the boy’s funeral on June 1, 2022, at 11 a.m. All of the funeral costs were covered by generous donations.

Mourners gathered for the child whom they called “Angel.” He was buried at Crown Hill Cemetery in Salem with a marker bearing the image of an angel and the inscription, “In loving memory of a beloved little boy known but to God. Asleep in the arms of Jesus.”