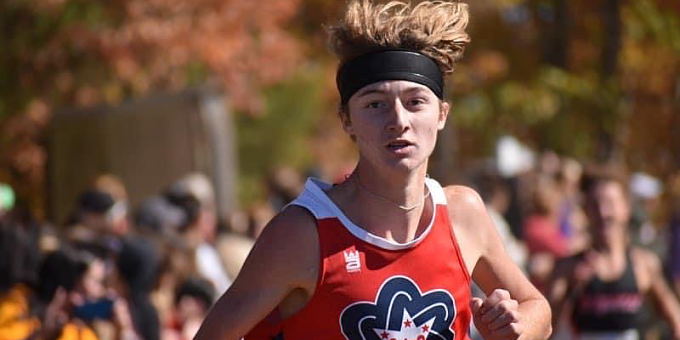 Bailey, who also made the semistate race as a freshman last season, finished 16th overall to claim one of the 10 qualifying spots for individuals who are not members of qualifying teams.

BNL finished eighth in the 10-team field with 244 points. Bloomington North won the team crown with 44, followed by Bloomington South (54), Edgewood (90), Northview (97) and Terre Haute South (137). The top five teams and the individual qualifiers advanced to the semistate at Brown County on Oct. 22.

“Jonah ran his best race of the year,” BNL coach Nick Boyd said. “He competed well and raced hard from the start, earning himself a top 20 finish.”

“Our goal was to run our best races today, and we accomplished this,” Boyd said. “I’m proud of all of our runners for advancing to the regional as a team and being able to experience the regional atmosphere.”

Bloomington South’s Ryan Rheam was the individual winner in 16:11.38.

Bloomington South won the team title with 31 points, dominating the front of the race with four among the top seven finishers. South’s Lily Meyers was the individual champion in 18:56.79. Other advancing teams included Northview (56), Edgewood (57), Bloomington North (98) and Terre Haute South (169).

The top six semistate teams, and the top 10 individuals who are not members of qualifying teams, will advance to the state finals in Terre Haute on Oct. 29.