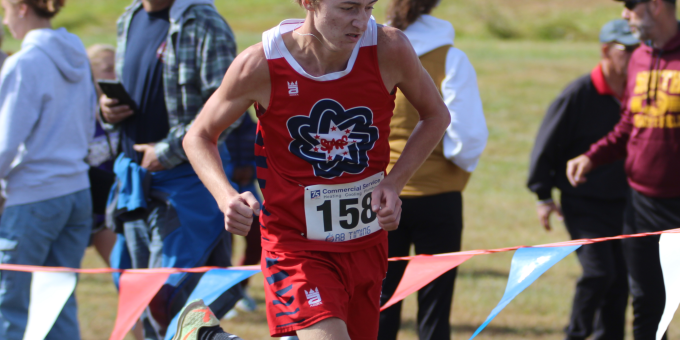 BEDFORD – Every instinct, every electrical impulse crackling from the brain to the legs screams for speed. Run faster. During a distance race, five thousand kilometers of hills and heartache, that would be wrong.

Bedford North Lawrence pulled back on the reins, normally the signal for a horse to slow down or stop, and for the first time since 2019, galloped forward in the IHSAA state tournament series. The ponies, actually colts with two sophomores and a freshman leading the charge, found their stride.

Paced by sophomore Jonah Bailey, the Stars finished fifth in the IHSAA sectional at BNL on Saturday and advanced to the regional for the first time since 2019. The top five teams, plus the top 10 individuals who were not members of advancing teams, qualified for the second stage of the postseason at Edgewood next week.

BNL scored 158 points to squeeze past Eastern Greene by five points for the final team spot. No.10 Bloomington North won the team title with 30, clipping No.12 Bloomington South by two points. Edgewood (82) and Orleans (126) claimed the other team tickets to the regional.

The strategy was bold, Cotton, and it worked out. The Stars backed off the throttle at the start, fighting the urge to race with the sprinters at the front of the pack, and found the energy for major moves later on.

“The plan was to be running our best races today,” BNL coach Nick Boyd said. “We had a strategy to start out slow, move up through the group, and we did a really nice job. They ran smart races, and we saw some good times. It’s the sectional, where the goal is to advance. It’s about position.”

Bailey was one of the thoroughbreds with the bridle. In the past, he has fired quickly and labored late. Not this day. He crossed in 17:44.46, settling for 21st overall in the field.

“My first mile has always been a little too fast,” Bailey said. “I was taking out too hard, I would die too quick. Pacing yourself is important. You have to do it. We were trying to be consistent. I kept it slower and tried to work my way up.”

“It’s exciting,” Boyd said. “The goal is to be consistently good. We’re making strides in that direction.”

In the girls race, BNL suffered an absence and a mid-race injury, losing valuable points while finishing seventh with 174 points. But sophomore Francesca Orozco, for the second straight year, claimed an individual ticket to the regional.

“This race is very gruesome, it’s very draining. It was a tricky race,” she said. And there was some internal pressure to qualify again. “It would have been embarrassing to make it out as a freshman and not as a sophomore.”

No.12 Bloomington South won the team title with 29 points, while Orleans was fifth with 159. South’s Lily Myers won a tight duel with Edgewood’s Clara Crain for the individual crown, pulling away during the final stretch to cross in 18:43.39. Crain finished in 18:50.57.

The top five teams in the regional, plus the top 10 who are not members of qualifying teams, will advance to the semistate at Brown County on Oct. 22.