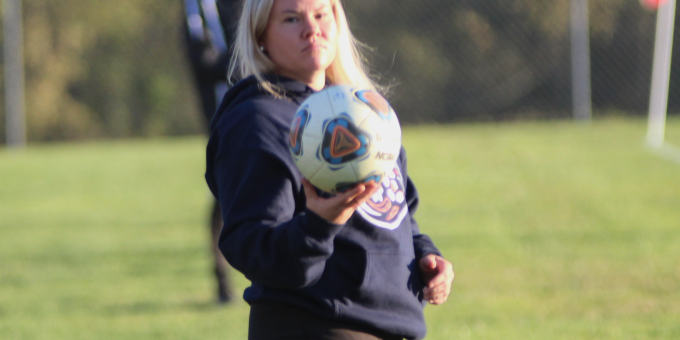 NEW ALBANY – Jennings County advanced to the Class 3A sectional final with a 3-0 victory over Bedford North Lawrence on Thursday night.

The Panthers scored all of their goals in the second half to conquer the Stars (1-14-0) for the second time this season. Jennings posted a 9-0 win at BNL on Sept. 8.

“They scored pretty quickly in the second half, but after that we held them off for a long time,” BNL coach Bret Roberts said. “I was incredibly proud of how the girls played and I really couldn’t be happier with the way it turned out, even with a loss.

“When we played them at the beginning of the season, we didn’t even play a full game so this is a big difference. All I can hope for when we play a team twice is a better result, and tonight that’s exactly what we got. Not only was the score better but our play improved as well. They held their heads high and played the whole 80 minutes. Even though it was a loss, it was a good way to end the season.”

The Panthers (6-10-2) will face Floyd Central, a 2-1 winner over Seymour in overtime in the first semifinal, in the championship on Saturday.