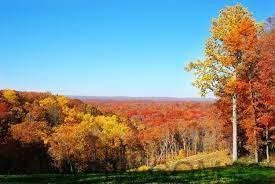 INDIANA – Architectural Digest has named Nashville (#19) and Columbus (#53) among the 55 Most Beautiful Small Towns in America.

As the saying goes, beauty is in the eye of the beholder, so when developing this list, Architectural Digest looked at easy access to nature, the presence of historic or design districts, and topography that’s appealing in its own right—whether it’s beaches or mountains, or maybe a riverside perch.

From a California community known for its celebrity residents to an indie-shopping hotbed in New York; from Washington’s San Juan Islands to plush inland communities along lakes and within forests—here are the 55 most beautiful small towns in America.

Anchoring the arts community in this Southern Indiana town is the Brown County Art Colony, established in 1907. Lots of antique shopping, along with hikes through Brown County State Park, provide visual stimulation.

With just over 50,000 residents, Columbus, Indiana, is one of the biggest small towns included here, but no list of this type would be complete without it. Best known for its impressive collection of modernist buildings, the city is an architectural gem in the midwest. Many of the most notable architects from the middle of the century – think I.M. Pei, Eero and Eliel Saarinen, Harry Weese, Kevin Roche, and Robert Venturi, to name a few—helped shape the design of the town. Walking through the downtown area, strollers will also find plenty of public artwork from makers like Dale Chihuly, Henry Moore, and Jean Tinguely. Columbus’s repertoire of architecture is largely credited to a man named J. Irwin Miller, the president of the Cummins Engine Company, who offered to pay architects fees for civic buildings so long as the designer was on a list compiled by the Cummins Foundation.