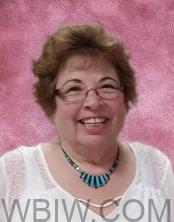 Born March 19, 1952, in Lawrence County, she was the daughter of Robert Eugene, Sr. and Mary Olive (Taylor) Henderson.

Vicky worked as a home health aide for Living Well Home Care Service.  She was a member of the Tabernacle of Praise.  Vicky liked cooking, gardening, crocheting, embroidering, traveling, and dancing.  Her grandkids and great-grandkids were her everything.

Her father; son-in-law, Kent Stahl; and brother-in-law, Everett Ferrel preceded her in death.

The funeral service will be at 10:30 a.m. Friday, September 30, in the Memorial Chapel of Chastain Funeral Home & Cremation Center.  Cremation has been chosen with burial at Mitchell Cemetery at a later date. The family will receive friends from 4:00 p.m. until 7:00 p.m. Thursday and from 9:30 a.m. until the service on Friday at the funeral home.