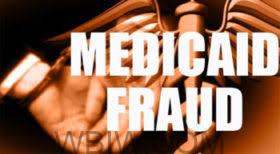 The overbilling resulted from the usage of improper revenue codes submitted to Medicaid for certain blood-clotting tests performed on patients at several hospital locations operated by Parkview Health System.

“All Medicaid providers have an obligation to ensure that they are seeking appropriate and justifiable payments from the Indiana program,” Attorney General Rokita said. “Whenever we have reason to believe the program is overbilled, we investigate — and then we work to recover any overcharges.”

“We also appreciate Parkview’s cooperation in resolving this matter when it was brought to their attention,” Attorney General Rokita said.

On behalf of Hoosiers, Attorney General Rokita and his team have now recovered more than $429 million since he took office in January 2021. That sum represents the work of four divisions: Complex Litigation; Consumer Protection; Litigation; and the Medicaid Fraud Control Unit.

“Our team takes very seriously our responsibility to be wise and faithful stewards of the public trust,” Attorney General Rokita said. “Some recoveries are returned to the public treasury, and some are sent directly to everyday Hoosiers to whom money is owed. Our mission is to ensure justice is done.”

Attached is the settlement agreement with Parkview Health System.