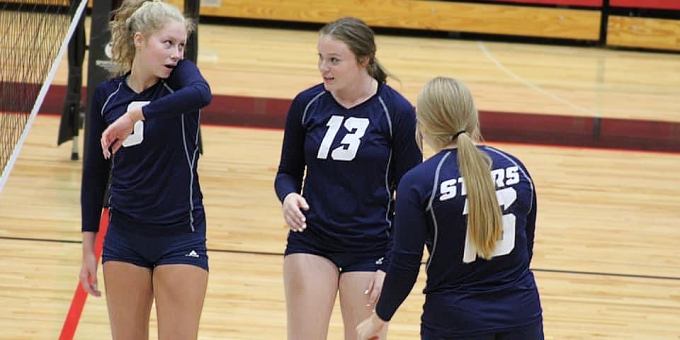 “I was really proud of how we transitioned into those roles and got the job done there,” BNL coach Whitney Carroll said. “We played good volleyball all night but they found a weak spot on our defense and capitalized on it.
We’ve got to find some defenders that will cover the middle. We talk a lot about mentality and right now we don’t have enough people in the back row going all out.”

Gratzer and Davis totaled 12 kills each, Annie Waggoner had 11 kills and 14 digs, while Camryn Anderson added 6 kills and 26 digs.

The Stars will host Columbus North on Tuesday.