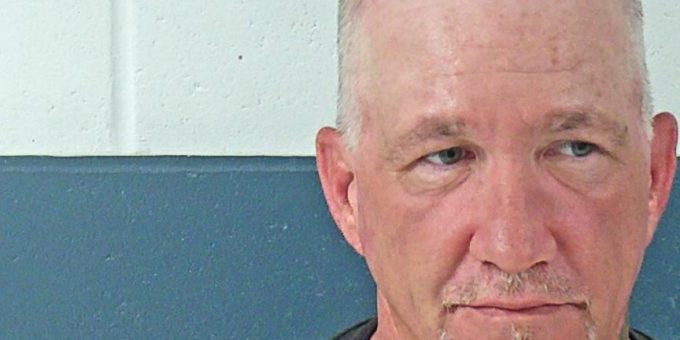 MITCHELL – A Mitchell man was arrested Thursday after a Lawrence County Sheriff’s Department deputy was requested to assist agents with the Department of Child Services on a case in the 8080 block of US 50 West.

When the officer arrived they found 43-year-old Joshua McBride working on a vehicle. There was an active protection order in place against McBride being with the male owner of the house.

McBride was detained. In his pocket, the officer found a small blue container that contained a white cloth with multiple crystal particles. Those particles tested positive for meth.

McBride was arrested on charges of invasion of privacy for violating the protective order and possession of meth. He was also wanted on an outstanding warrant in Washington County.