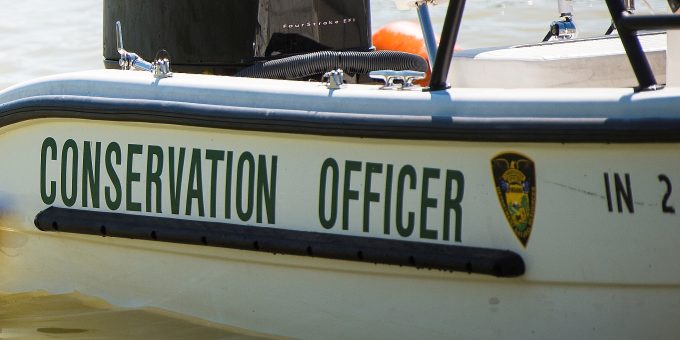 MADISON CO. – Indiana Conservation Officers are assisting in an investigation after being contacted by the Anderson Police Department about a reported drowning at Shadyside Lake in Anderson late Saturday afternoon.

The victim, a 24-year-old male, reportedly disappeared while trying to swim across the lake with a companion.  Several witnesses reported the man had shouted that he was tangled in something before going under the surface of the water.

Upon arrival, conservation officers utilized a boat equipped with side scan sonar to locate the victim.

At 6:56 p.m., the victim was recovered. It was discovered that the body was partially entangled in fishing line.

The identity is being with held pending family notification.

Indiana Conservation Officers would like to remind the public of the hazards involved with swimming in undesignated areas and the importance of wearing a life jacket whenever entering the water.