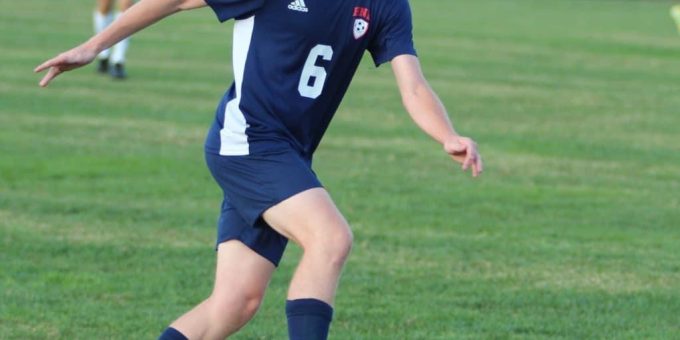 BEDFORD – Madison scored a late goal in the second half to edge Bedford North Lawrence 3-2 during boys high school soccer action on Saturday.

The Stars, celebrating Senior Day for their 10 upperclassmen, scrambled back from an early two-goal deficit and pulled even, but Madison’s Ramon Alvarado Paz poked home the game winner off a through ball with 16:31 left.

“We came out a little flat and had some miscommunications that lead to the two early scores,” BNL coach Ryan Otis said. “We didn’t give up and scored at the very end of the first half. We changed up the lineup in the second half and the kids really responded. We played with a lot more intensity and had a lot of scoring chances. We just have to finish them.”

BNL (6-5-2) answered with Adriano Sullivan’s goal with 36 seconds left in the half, as he converted off a corner-kick deflection. Joseph Brazzell blasted home the equalizer at 29:23 of the second half. BNL owned a 15-4 advantage in shots.

“We dominated the majority of the game,” Otis said. “But we have to play the full 80 minutes.”

“Carson and Jo have been mainstays on the back line for years,” Otis said. “Both are captains, and it will be tough to replace them. Gavin has really found his home at wing. Karter is a worker. We were a little stagnant in the midfield to start today. We moved Karter there and we immediately picked it up.

“Billy is our amoeba. He has played nearly every position for us and can impact the game from any spot.
Eric has been key in filling whatever spot we need from him, he wants the team to win. Puckett, Kadin and Koltyn have been helpful in bringing the younger players along. And Brayden has really stepped up as the keeper. He is getting better every game.”

BNL, which will learn the sectional draw on Sunday, will host Seymour on Thursday.