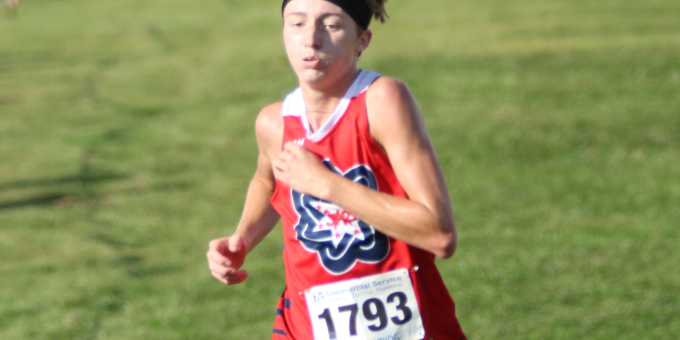 BNL totaled 148 points in the 10-team field. Roncalli won the meet with 36. In the girls meet, BNL was sixth with 159 points, with Roncalli also taking that title with 28 points.

“We had great racing conditions that played into our favor this morning,” BNL coach Nick Boyd said. “This week we have been talking about running consistent splits between the miles, and everyone accomplished this, leading to some great times.

”Jonah controlled his pace from the beginning, which led to him passing a lot of the field on the way to his finish. This was an experienced run for Jonah that we will continue to build on and is a great piece of momentum moving forward. Alex ran another personal best and has become a consistent runner we rely on in the two slot at this point in the season.

“It is great to have competition within the team as the season progresses. Everyone’s times are improving, which is exciting to see as we move closer to conference and the postseason.”

Seymour’s Jude Bane was the individual champion in 16:20.79.

“Today was a breakthrough race for a lot of the girls – and nice bounce back from last weekend,” BNL coach Jill Vance said. “Franny and Jabrie both went under 23 minutes for the first time. Madison (Chandler) had a spectacular drop of 1:18 off her P.R. and was picking off other runners during the toughest part of the race. And Emma (Baumgart) finally broke the 26 minute mark.

“We’re finishing out the toughest training stage of the season right now, so it’s great to see them pushing through tired legs to get these time drops.”

Seymour’s Vivienne Siefker was the individual winner in 19:30.04.

The Stars will host the annual Ted Fox Invitational on Sept. 24.