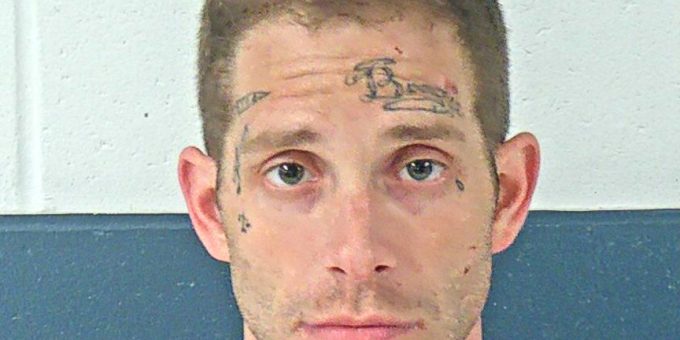 BEDFORD – A Bedford man was arrested after a Bedford Police officer spotted him in the area of 17th and H streets on September 8th.

The officer stopped Freeman and asked if he was okay or needed medical attention.

While speaking with Freeman the officer said Freeman was unsteady, had dilated pupils, and his speech was unintelligible.

The officer reported Freeman was “unable to stand in one spot and was constantly made strange gestures as if he was unable to control his arms”.

The officer asked Freeman to sit on the curb so he would not fall and get hurt.

Freeman sat down then laid back and was unresponsive.  Officers then began to sternum rub in an attempt to get Freeman to regain consciousness, however, Freeman remained unresponsive. Officers then administered two doses of Narcan. IU Health paramedics arrived on the scene and began to evaluate Freeman who then regained consciousness. He was transported to IU Health Bedford Hospital for treatment.

A female who knew Freeman then approached officers and said Freeman had used heroin.

The information was forwarded to the Lawrence County Prosecutor’s Office and a warrant was issued for Freeman’s arrest.