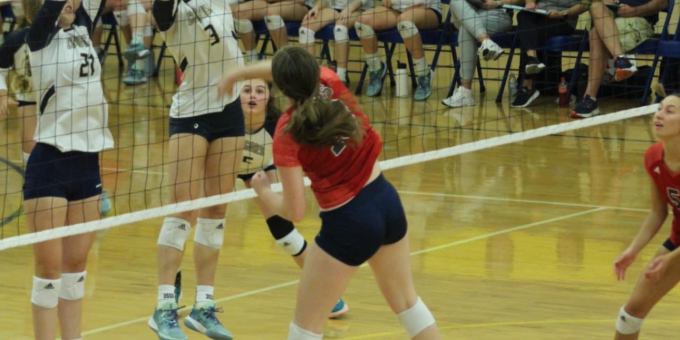 SEYMOUR – Class A No.4 Trinity Lutheran rolled to a three-set sweep of Bedford North Lawrence on Thursday night.

“We’ve had our share of growing pains this season but with that comes progress,” BNL coach Whitney Carroll said. “I’m proud of our effort tonight.

“We played great volleyball tonight. We had some hitters step up and put the ball down, and our back row was working hard to defend a really stacked team. We held our own. Again, the score and record doesn’t reflect our fight. Trinity Lutheran is a great volleyball program with some incredible athletes, and I was proud of the fight we put up. Isabelle Harding had a solid game all night, alongside Hayley Davis who passed really well for us.”

Anna Williams had 7 kills and 5 blocks, while Camryn Anderson had 5 kills for BNL.

The Stars will host Columbus East on Tuesday.