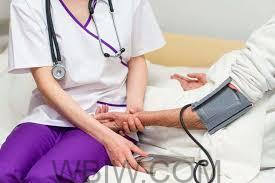 INDIANA – Attorney General Todd Rokita is fighting for Hoosiers living in assisted living facilities after multiple nurses’ licenses were found to be expired.

“The decision to move a family member into an assisted living facility is not easy,” Attorney General Rokita said. “But when you make this decision, you expect to be able to trust the people who are taking care of them. Whether it’s intentional fraud or ambivalence, it is a major concern.”

Emma’s Place Assisted Living in Pekin, Indiana claimed to be a licensed facility and home to 6-10 elderly patients. Since it opened, Emma’s Place received complaints from families whose loved ones suffered from improper care.

Among the complaints were stage 4 bed sores, resulting in an emergency room visit as well as a blatant misrepresentation of the facility’s qualifications. Specifically, the facility claimed to be fully staffed with licensed nurses.

When asked if the facility had licensed nurses and was capable of properly caring for elderly people with medical conditions, the president and CEO falsely represented their qualifications.

In a recent plea agreement, the president and CEO of Emma’s Place pleaded guilty to a Level 6 Felony: Deception.

“I refuse to back down when vulnerable Hoosiers are mistreated, whether our seasoned citizens, children, or the unborn,” Attorney General Rokita said. “I am here to protect Hoosiers of all ages.”