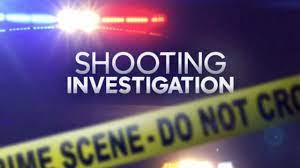 BLOOMINGTON – On September 1 at approximately 5:10 a.m., the Monroe County Central Emergency Dispatch Center received a 911 call from a 34-year-old male reporting a burglary in progress at a residence in the 1700 block of South Pinestone Court.

While officers were en route, the caller claimed that the suspect had busted in the window of his bedroom and was attempting to gain entry, so he had shot at the person.

The person attempting to enter the residence then fled the scene and was last seen running north from the area.

Investigators also located several bullet holes around the broken window from rounds that had been fired from inside the home.

At approximately 5:21 a.m., the Dispatch Center received another 911 call from a man claiming that he had been shot.

The caller advised Dispatch that he was in Switchyard Park at the basketball courts near the Bloomington Police Substation.

It was determined that the 911 caller claiming he had multiple gunshot wounds was the individual that had been shot during the incident at Pinestone Court.

Police believe the man had driven himself to the park after fleeing from the residence on foot.

The man was transported to IU Health Bloomington Hospital by ambulance, and was later transferred to an
Indianapolis hospital for further treatment of his injuries.