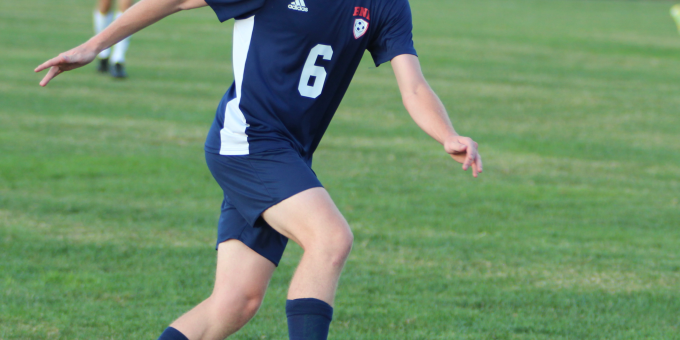 The Cougars posted goals from Stefan Bartlett and Russell Bilohlavek, and clanged shots off the post five times, to conquer the Stars (1-1-1).

Bartlett blasted home a high shot from 30 yards with 3:50 left in the first half. Bilohlavek hammered home the go-ahead goal with 16:10 remaining in the second half.

The Stars forced a 1-1 dreadlock with Gavin Green’s goal at 16:30. Green swooped down the left side of the field, made a move past a defender and snapped home the goal.

“Very proud of the boys,” BNL coach Ryan Otis said. “They played their hearts out. Just didn’t get the bounces. We primarily played defensively but had several chances. Just needed a better touch or one more pass to capitalize and couldn’t.”

North owned a 13-4 advantage in shots. The Cougars also missed a penalty kick in the first half.

“The back line played well,” Otis said. “We gutted it out as most played the entire game. Our midfield had little subs and was running the length of the field with our defending and counter attack. Our forwards were constantly outnumbered but battled.”