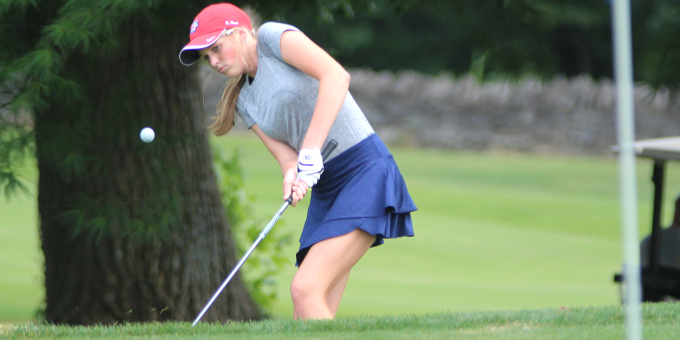 BEDFORD – Take off the shoes, stay a while. No.18 Bedford North Lawrence is setting up camp at Otis Park for an extended stay.

For the next four weeks, save for a rescheduled match at Springs Valley, the Stars will play exclusively on their home course. They started the unusual and lengthy homestand with a victory over Martinsville on Thursday afternoon.

Paced by Chloe McFaddin’s two birdies, BNL posted a 172-191 victory over the Artesians on the front nine. McFaddin carded a 1-over 38 (with birdies on the fifth and seventh holes) to set the tone, while Ellie Horton shrugged off putting problems to finish with a 43.

“Chloe continues to play well for us,” BNL coach Kori Johnston said. “Ellie didn’t play bad but struggled some with her putting. Putting was an issue for a few of the girls tonight, so we will definitely be working on that some more to help us get a better feel for the greens.”

Kinleigh Root (45) and Nora Howat (46) capped the team scoring for BNL. Brianna Payne toured with a 42 for Martinsville.

BNL will host Seymour on Tuesday.