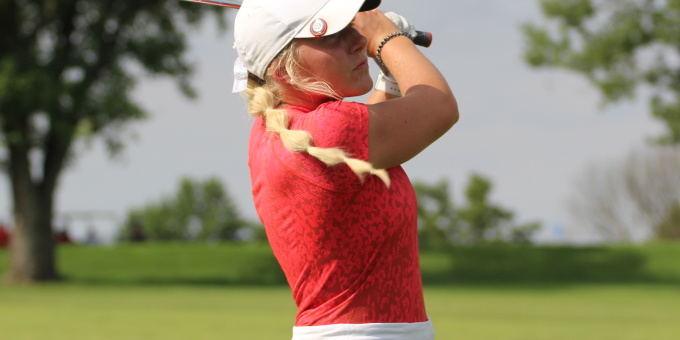 With Chloe McFaddin and Ellie Horton taming some shrewish holes on the front nine, the Stars – ranked No.19 after a solid start to the 2022 season on foreign courses – were quite comfortable with their new status and the familiar territory while conquering New Albany at Otis Park on Monday afternoon.

McFaddin carded her first career eagle and fired an even-par 37, while Horton was a consistent force with a 1-over 38 as BNL posted a team score of 163. The Bulldogs totaled 191.

The ranking doesn’t come with any real perks. Perhaps it even adds the weight of pressure to the clubs. If there were any extra expectations, the Stars shrugged them off. They were thankful for the recognition, but not bothered by the spotlight.

“It is sweet,” BNL coach Kori Johnston said. “It’s just a shoutout to the hard work this season. I know it changes every week, but I’d like to stay in that top 20.”

If McFaddin, who has discovered an epiphany of low scoring since the season began, and Horton can keep totaling those numbers, the Stars can make a case for weekly inclusion among the elite.

McFaddin’s highlight was an eagle on the par-5 sixth hole. Coming off an opening bogey on the fifth (as the field was spread out in shotgun style), she joked to teammate Bella Landstrom that she was feeling an eagle on the next tee. After a huge tee shot, a solid iron and a 15-foot putt, she wasn’t joking at all.

“I smoked my driver, I don’t think I’ve ever hit it that far in my life,” McFaddin said. “The second shot felt really solid. And the putt, I didn’t think it was going in. On the tee, I told Bella I was feeling an eagle – as a joke. When we got to the green, it was like ‘It’s happening.’ When I sank the putt, I looked at her and said ‘We did it.’ She just laughed.”

McFaddin, who also birdied the ninth hole, has enjoyed a recent scoring surge that’s nothing to laugh about.

“She’s gaining a lot of confidence in her swing,” Johnston said. “It just clicked for her. A lot of it was confidence, now she believes in her shot. She doesn’t second-guess herself.”

“I just feel more comfortable over the ball, have more confidence,” McFaddin said. “I don’t overthink things as much.”

Horton also birdied the ninth to offset bogeys on the tough third and eighth holes.

“I’m very happy to see Ellie’s scores getting down to what she can shoot,” Johnston said. “I think if we can keep her there, we can be pretty solid.”

Sarah Jefferson posted 44 for the Bulldogs.

The Stars will visit Seymour on Tuesday.