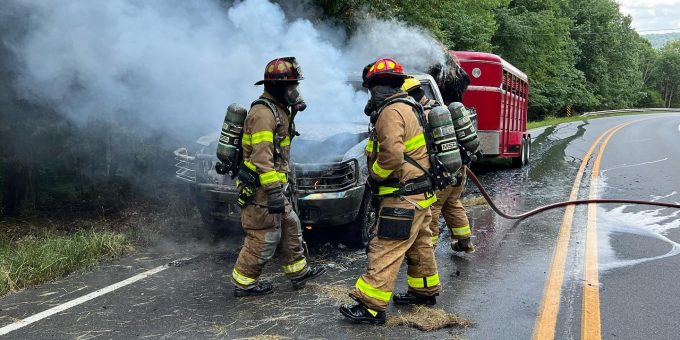 A truck had caught fire and was fully engulfed by the time firefighters from the Monroe Fire Protection District arrived at the scene. The truck was carrying hay bales in the bed of the vehicle and was pulling a trailer full of hay bales as well.

Firefighters were able to contain the fire to the truck before it had spread to the trailer. The road was temporarily closed so firefighters could drag the hay bales off and pull them apart to finish extinguishing them for nearly two hours before reopening the roadway.

There were no animals in the trailer, and there were no injuries reported from the event.