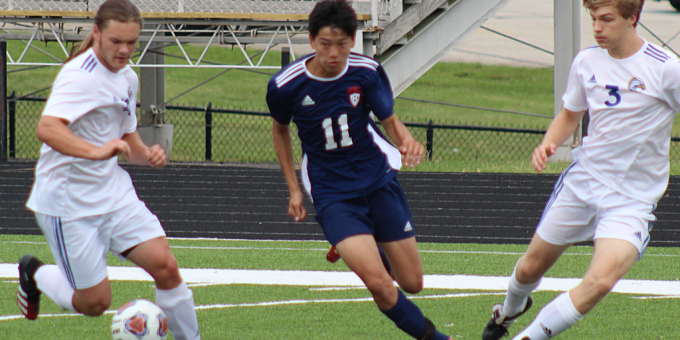 BEDFORD – Good things come to those who wait? Not on the soccer field. To the aggressor go the spoils. The meek inherit the earth but not possession of the ball.

Emphasizing an assertive approach, new Bedford North Lawrence coach Ryan Otis wants to stamp his alma mater program with a bold brand. Don’t sit back and wait for success, grab it. Otis, who served as a BNL assistant for three seasons before taking over, doesn’t plan on sweeping changes in strategy. Just an attitude adjustment.

“I’m trying to stress physicality and intensity, taking the game to the opponent and not waiting for it,” said Otis, stepping to the forefront after former coach Logan Jackson stepped down following seven successful seasons. “Soccer comes down to a lot of 50-50 balls, and the people that can win those usually maintain possession and have a good chance to win.”

The Stars, who went 7-7-2 last season, will need some feistiness on the offensive end. They graduated nine seniors from last season, including leading scorers and All-Hoosier Hills Conference standouts Danny Cline and Josh Anderson. Scoring will be the question mark.

“In the scrimmages we’ve had, that’s been the issue so far,” said Otis, a 2009 BNL graduate who played keeper. “The defense is definitely ahead of the offense. We have to figure out how to put the ball in the net. We have to have some guys step up and get that aggressive nature to go score.”

Who picks up the offensive load? Seniors (BNL has 10 more this year) will be the leading candidates, starting with Billy Cline (who’s going to double as a football kicker) and Karter West, plus junior Grant Beyers.

BNL’s strength will be its defense, with experienced veterans Joseph Brazzell, Carson Kelley and Christian Garciano-Curren.

“The biggest thing is finding who can fill the right holes,” Otis said. “We’ve got the roster set, but it’s figuring out where everyone can work out the best. We know who the people are, it’s deploying them the best way. We might tweak the formations to match up with the kids we have now, which we’ve done the last couple of years, to maximize the potential we have.”

In order to compete in the league (BNL went 1-5-0 in the HHC last season) and the new-look Class 3A sectional that includes six league opponents, the Stars will have to manufacture goals.

“Going to that next step is what we have to do to compete in the sectional,” Otis said. “It comes down to building depth and have the top-end guys to compete.”

The Stars will stage an intrasquad scrimmage on Aug. 11, then open the regular season against Scottsburg on Aug. 11.