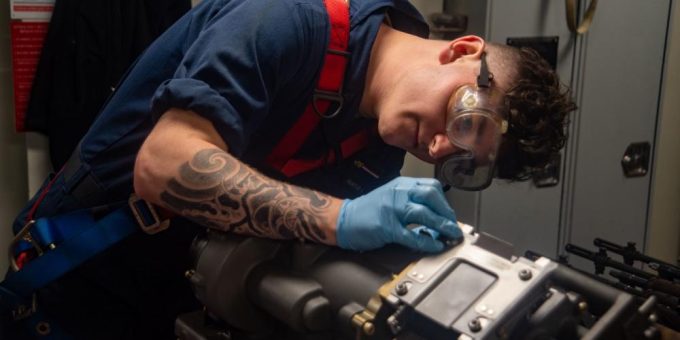 SAN BERNARDINO STRAIT – U.S. Navy sailors serve and protect from around the globe, and every sailor got their start somewhere.

Ronald Reagan, the flagship of Carrier Strike Group 5, provides a combat-ready force that protects and defends the United States and supports alliances, partnerships, and collective maritime interests in the Indo-Pacific region.