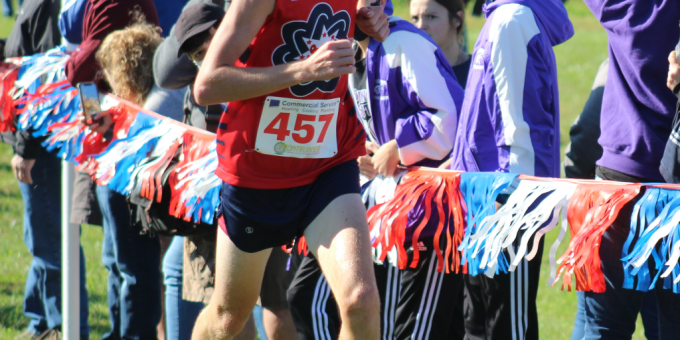 With the unexpected departure of two regional qualifiers from last season, the Stars will be young and inexperienced as they chase postseason achievement. If they can make it to the crest, the downhill drive toward sectional success will be much faster.

BNL, with semistate qualifier Jonah Bailey back to lead the pack, will rely on sophomores and freshmen to shoulder huge loads. The Stars have finished sixth in the sectional in back-to-back years, missing a regional berth by three points each time. Ending that skid will require immediate impacts from untested and unknown talent.

Of course, Bailey was in that category when he burst on the scene midway through last season. The bony freshman kid with the bouncing blonde hair exploded to the forefront and ultimately earned a place in the semistate race, setting a personal best of 17:31.7. Now BNL coach Jonathon Calhoun is looking for faster times and leadership from the pacesetter.

“Something clicked,” Calhoun said. “He found his stride of learning how to race, not worrying about time but worrying about the placing. He really developed into being a potential elite runner in our sectional and regional. He battled against everybody and took the step up.”

BNL will have two seniors in Max Klein (who was part of the final fivesome when the season ended) and Chase Turner. Calhoun loves their work ethic and competitive fire. Two other seniors – postseason veterans Cole Baker and Zane Thompson – opted not to compete this season, which means sophomores Alex Nicholson and Lawson Grissom will have to help fill the void.

“We’re really going to be young,” Calhoun said. “We have to keep on moving forward.

“Our sectional is a dogfight. I really feel our team will grow together and squeak out that fifth spot. We can make a push, we have a pretty good chance of making some noise. It will be putting in the effort and making sure we’re the team in that fifth spot. It will take everyone to get us there, but if we keep on improving and put in the work, it will be having the magic that day.”

BNL will open the campaign in the Valley Kickoff Invitational at Terre Haute on Aug. 13.