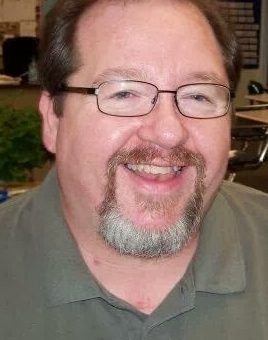 Kenneth D. “Kenny” Murphy, 55, of Bedford, entered fully into the presence of the Lord on Friday, July 22, 2022. He was a beloved son, brother, father, papaw, nephew, cousin, co-worker, and friend.

Kenny was born on November 4, 1966, in Bedford, the son of Michael and Loretta “Sue” (Raines) Murphy. In his younger years, Kenny worked multiple jobs to provide for his children while attending college to pursue his dream of being an educator. He earned his master’s degree in Education and was currently a teacher at Lawrence County Independent School (LCIS). Having worked as a teacher in the community for many years, Kenny’s passion was to ensure that his students received the best and he did so with a patient, caring, and committed heart.

When he was not teaching, Kenny enjoyed spending time with his family and friends. He was a family man who appreciated the small things, and moments, in life. Even after suffering a debilitating stroke in 2020, Kenny remained faithful and steadfast. He continued loving his family, spoiling his grandson, teaching his children, and spreading the love of Jesus Christ through song. He was a talented and accomplished singer and musician and enjoyed traveling with his fellow friends and musicians sharing this passion with others. Kenny was also a Pastor for the Liberty Baptist Church in Mitchell, Indiana.

He was preceded in death by his father, Michael Murphy, and a son, Sheldon Gearlds. Funeral services will be conducted at 2:00 p.m. on Tuesday, July 26th in the Elmwood Chapel of the Day & Carter Mortuary, with Jerry Allen officiating. Burial will follow at the House of Prayer Cemetery in Fayetteville. Visitation will be from 10:00 a.m. until the hour of service on Tuesday, July 26th , at the Day & Carter Mortuary.