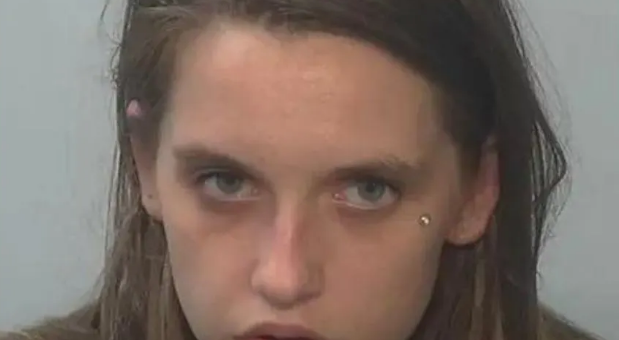 SULLIVAN COUNTY – Indiana State Police Putnamville Post initiated a criminal investigation on July 5, 2022, after receiving information from Sullivan County Dispatch that an individual was transported to a hospital in Terre Haute, with stab wounds.

The investigation revealed that 37-year-old Ashley L. Coffman, of Sullivan, Indiana, had a verbal altercation with an individual in the city of Sullivan. The altercation became physical, with Coffman using a broken bottle as a weapon.

The individual received stab wounds, but was able to get away from Coffman, and was located by a bystander who called 911 for immediate medical care. The individual was then transported to a hospital located in Terre Haute.

After reviewing the investigation, the Sullivan County Prosecutor’s Office issued an arrest warrant yesterday for Coffman.  She was arrested late last night without incident and was transported to the Sullivan County Jail on charges of battery, a level 5 felony, and criminal recklessness with deadly weapon, a level 6 felony.

Under the Law, criminal charges are merely accusations, and the defendant is presumed innocent unless and until proven guilty in a court of law.