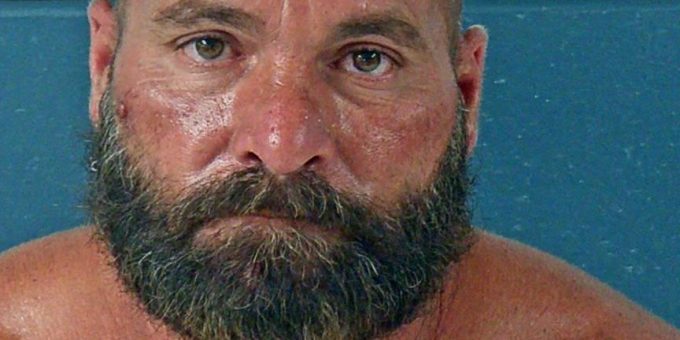 MITCHELL – A Mitchell man was arrested on Saturday, July 2 after the Lawrence County Sheriff’s Department received two emergency calls in regards to a fight with a shotgun at 911 Peaceful Valley Road in Mitchell.

Officers responded and found a female and a boy who both said 49-year-old Johnie Hurt II came inside the house and started arguing with the female.

He then pointed a shotgun at the boy. The female stepped in front of the shotgun and wrestled the gun away from Hurt.

Hurt told the officer,  “nothing, I went inside the house and told them to leave. I can’t handle it anymore”.

Hurt denied pulling a gun on anyone. Officers did recover a shotgun at the scene.

The woman and boy told police they had been to the Dollar Store and when they came back home Hurt asked them what took them so long. The woman told police Hurt had been drinking whiskey all day. The woman said they had stopped at a friend’s house. Hurt wanted to know why she hadn’t called him to tell him she was stopping. The woman said Hurt got upset and started getting louder and louder.

Hurt and the boy then went outside where Hurt continued to yell at the boy. Hurt then went back inside and punched the television. He then picked it up and slammed it to the ground. The woman then had a panic attack. Hurt grabbed his shotgun and pointed it at the boy. The woman stepped between the two and wrestled the gun away. She then escpaed out the door where she and her son got into a vehicle to leave.

Hurt was arrested on charges of intimidation with a deadly weapon, domestic battery, and pointing a firearm at another person.