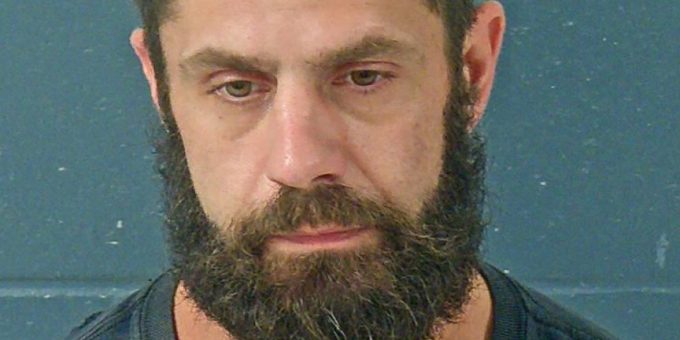 MITCHELL – A Mitchell man was arrested on Saturday, July 2 when Lawrence County Sheriff’s Department deputies were requested to a home at 550 Stevens Lane in Mitchell after a report of a domestic fight.

While en route to the residence, Lawrence County Dispatch advised the male, 37-year-old Sean Moir,  had gone inside the residence with his six-year-old child and locked the door from the inside.

When officers arrived they found a distraught female outside. She was removing items from the home and was bleeding from the left side of her nose. The woman said Moir had hit her in the face.

Moir was detained. In his pocket, the officers found a smoking pipe containing meth.

Moir told police that he and the woman had been arguing about a photo on her phone. He said she was holding a box and his arm went up and hit her on the face and the box cut her nose.

The woman refused to press charges.