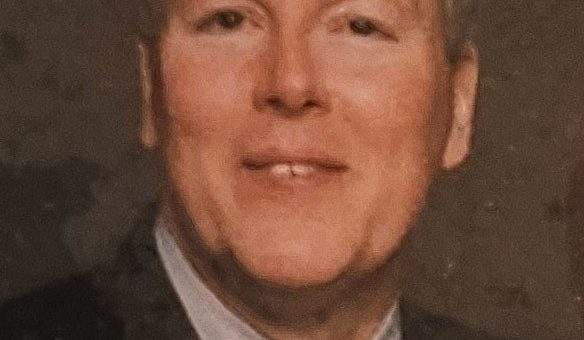 Mike was born on June 1, 1945, to Robert D. and Marjorie (Shoemaker) Griffith, both deceased. He graduated in 1963 from Huntington High School in Huntington, Indiana. He enjoyed a long career at Farm Bureau Insurance, retiring as an independent claims adjuster.

On Valentine’s Day 1965, Mike married Joy Elaine Stech, his high school sweetheart. He has missed her terribly since her passing on December 23, 2021. He was the proud father of Todd, Eric, and Jodi.

One of Mike’s mottos was “Life is an Adventure.” He was a master storyteller who collected model cars
and enjoyed nature, especially trees and bird watching. Mike was a kind man who sought out opportunities to spread cheer and always looked for the good in life.

Mike was a heart transplant survivor for over 16 years. During many years of various health conditions, he never complained. He always tried to brighten the days of his nurses, thanking them for their efforts and asking how they were doing.

Mike is survived by his children: Todd Griffith (Rita Hart) of South Whitley, Indiana; Eric (Michelle) Griffith of Crane, Indiana; and Jodi (Peter) Petretta of Charles Town, West Virginia. He is also survived by his brother David (Pam) Griffith of Huntington, Indiana; sister-in-law Joan Terrel of Auburn, Alabama; and brother-in-law Glenn (Rebecca) Stech of Kimmell, Indiana; grandsons Brandon Griffith and Anthony Griffith; step-grandchildren Nicolas, Beth, Bobby, Paul, and Will; great-grandson Hunter, and a great-granddaughter, as well as many nieces and nephews. Mike was preceded in death by his wife, parents, sister Judith Griffith, and a step-grandson Alex.